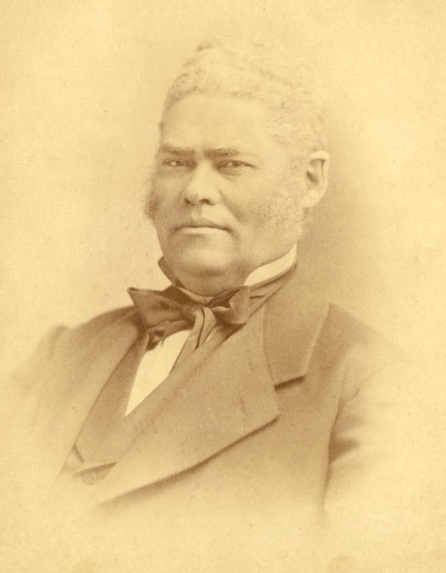 When I visited Springfield, Illinois last summer, I found a very interesting plaque at the Old State House downtown. It told the story of John Jones and his activism against Illinois’s Black Laws, a set of legal codes that pertained only to black people, and, as you likely and immediately supposed,  were terribly oppressive. Such laws have a long history in the United States and as long as they’ve been around, lovers of justice have been around to fight them. John Jones was one such person.

Born on November 3rd, 1816 to an American black mother and German white father, Jones had to make his own way early in the world. Jones’ mother did not trust his father to do right by his son so she apprenticed him to a tailor when he was very young. The resourceful Jones taught himself to read and write and, having learned what he needed to, he released himself from the tailor’s service by age 27. He then obtained official free papers for himself and his wife, née Mary Jane Richardson, and secured their freedom to live and travel by posting a $1,000 bond in 1844. While he and his wife were both born free, they had to worry about the numerous ‘fugitive’ slave catchers and kidnappers prowling around, all too happy to capture as many black persons as they could get ahold of, passing them off as escaped slaves in exchange for a substantial payoff.

The Joneses moved to Chicago from Alton, Illinois in 1845, where there was an established community of black entrepreneurs and therefore, more opportunities for families such as theirs. Jones worked hard and savvily, building up a very successful tailoring business and amassing an impressive fortune within just a few years. The Joneses used their success to help their fellow black citizens, making their home one of the key Chicago stops on the Underground Railroad. Jones poured much of his money and time into civil rights activism, working for the abolitionist cause and to overturn the Fugitive Slave Act of 1850 and the already decades-old Black Laws of Illinois, sometimes with his fellow autodidact and activist Frederick Douglass. For the rest of his life, Jones was a prominent intellectual, moral, religious, and political leader in the black community of Chicago and beyond.