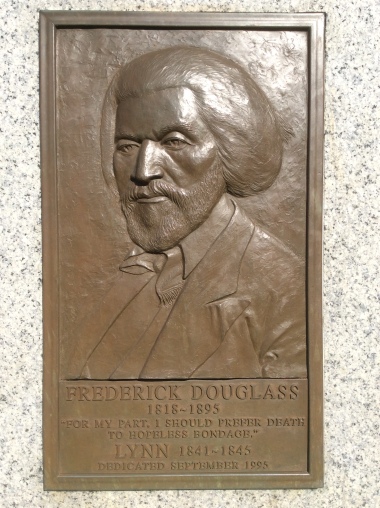 Listen to this podcast episode here or subscribe on iTunes

…Not long after Frederick Douglass began his public speaking career, he and his family moved here to Lynn from New Bedford. They lived here from the fall of 1841 through about November 1847. Well, actually, for much of that time, it was mostly Anna and the kids who lived here. First, Douglass was often on tour as a speaker, which took him away from home for long stretches. Secondly, he was away on a tour of the British Isles from 1845-1847, which is why many sources say Douglass himself only lived here until 1845. He returned only briefly to Lynn before moving himself and his family to Rochester near the end of 1847. His ‘industrious and neat companion‘ Anna took care of the household while he was away, and often took in piecework from Lynn’s thriving shoemaking industry to make sure the kids were always cared for and the bills paid on time….  Read the original account here