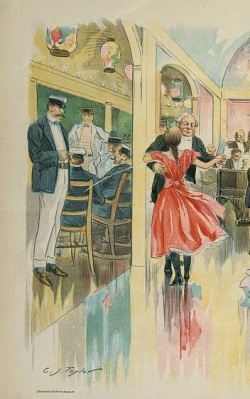 So have you ever heard of a purity ball?

It’s sort of like a prom, but with a twist: daughters are accompanied by their fathers, instead of their boyfriends. There, they enjoy music, eat, drink, and dance… and then these young girls pledge to remain sexually abstinent, or ‘pure’, until their wedding day.

Other than sounding weirdly out-of-date, like bride-prices and trousseaus, anything else bother you about this concept?

What does this concept of ‘purity’ mean?

The idea seems to be that if you’ve never had sex with someone, you’re more virtuous, more worthy, more desirable, more ….clean.

But what does this imply? That if you do have sex with someone, you’ve become, somehow, ‘impure’? That it makes you dirty, less desirable, less worthy, less virtuous, less worthy of respect, maybe even less valuable as a person?

This idea, that engaging in one of the most social, most cooperative, most intimately friendly actions that human beings enjoy with one another can ever make you ‘impure’, has been a bee in my bonnet ever since I began to question what the idea of sexual purity, like the Cult of the Virgin, really stands for. For ages, human belief systems have equated virginity, especially of women, with sacredness. The stories of the birth of Horus, of the Buddha, of many of the Greek gods, of Jesus, all illustrate this obsession many of the world’s cultures, and especially religions, have had with virginity. (The virgin birth of the Buddha seems to be a later addition: early Buddhist texts honor the Buddha’s father, as his natural father, as well.) These gods and heroes are made out to be more special, better than mere ordinary human beings, at least partly because their mothers didn’t create them with the help of another human being. Gods and saints have been more revered, and brides’ dowries have been higher, so long as they or their mothers are virgins.
So what does this say about our attitude towards human beings?
‘How about respect?’ one might ask. ‘How about the idea that we should practice self-control, that we should respect each other’s bodies, and not ‘use’ each other for our own selfish pleasure?’ I answer: this is both an important issue, and an entirely separate one. Sexuality, for human beings, is generally a deeply emotional thing, unlike most other animals (so far as we know). For us, it’s intertwined with the need for closeness, for intimacy, for feeling more alive, for just plain feeling good. In short, it’s one of the most richly sociable activities we engage in. And we can easily hurt each other through sex, when we lie to our partners, when we make promises we don’t keep, when we profess love to get what we want only to show indifference afterwards, and worst of all, when we inflict pain and violate their right to self-determination through rape. We expect each other to practice sexual self-control, and we are right to condemn ‘using’ anyone as a mere tool for our exclusive pleasure.

But sex outside of marriage is more often friendly, affectionate, respectful, mutually exciting, and consensual than not. Most of the time, it’s a good and valuable thing, not only for its own sake, but for what it can teach us about being good partners not only for the evening, but for life. And even when it’s not, when we use our sexuality selfishly, or to harm or deceive others, our bad behavior has no impact at all on their integrity or worth. We may be said to make ourselves ‘impure’ through our disrespect, dishonesty, cruelty, or violence; we may metaphorically be said to sully our own moral characters by wronging another. Yet we don’t have purity balls in which we pledge not to sully ourselves by lying, stealing, cheating, or murdering. There’s no Cult of the Honest Woman, no god or prophet honored by virtue of their mother’s never haven stolen anything. And we don’t ever imply that we can be made impure if others lie to, steal from, or cause harm to us. It’s sex that’s been so widely singled out and associated with the concept of transmissible purity and impurity in so many of the world’s ideologies, cultures, and religions, for reasons that are no longer useful, and no longer morally defensible.

When I look at the belief systems that sacralize virginity, it seems the common denominator is the inheritance of values from tribal, patriarchal cultures, in which life was wrested out of the land with great difficulty, where infant mortality was high and competition for territory was fierce. Keeping tight control over women helped ensure one’s bloodline was unmixed with that of competitors, and worthy of protection by the head of the household and the tribe. The mythology of purity and impurity, of ritual, superstition, and prohibition surrounding human sexuality is perceived as such effective method of social control that they persist in many cultures and belief systems even to this day (though sexual assault statistics over the decades reveal that liberal, secular societies generally have lower rates of sexual assaults than more sexually repressive ones). Over the years, the justifications have changed, but attitudes remain the same.

Yet most of the world’s population has long since left that harsh ancestral world behind, and we are in an age in which personal liberty and individual human worth and dignity are valued like never before. Murder, theft, assault, and sexual coercion and violence are vilified and illegal, and most societies now go out of their way to ensure individuals can express their personalities and pursue their own goals as much as possible, in safety and security. We also care to understand how and why our social institutions and practices can enrich and beautify human life, and to celebrate them, from conversation, humor, and storytelling, to music and fine arts, to dining with friends, family, and allies, to sex itself, as countless scholarly volumes, scientific studies, and works of art and literature attest.

I argue that this view of human nature, in which human beings are understood as both individually valuable and thoroughgoingly social, doesn’t have room for this concept of sexual purity and impurity. In fact, to say sex with another human being can ever make you impure is just about the most personally insulting and antisocial idea one can express: the claim that the touch of another human being can make you dirty is an attack on human dignity itself. 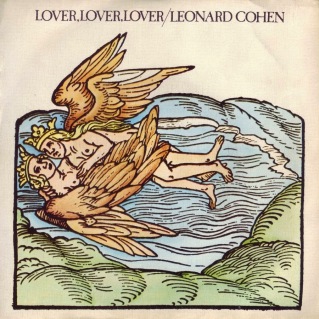 It undermines the concept of personal responsibility, in which we are morally accountable for what we do and not for what a person does to us. It treats sex as a thing that is corrupt and evil outside of a narrow context, in a way totally divorced from what we’ve discovered about the history, evolutionary biology, and psychology of human sexuality. It reveals a deep scorn for human nature, in which sexuality is as basic a component as rationality, language, the need to survive, to feel pleasure, to matter, and to find love and companionship. And it implies that human beings are innately corrupt, dirty, wicked things, redeemed only through distancing themselves from their own humanity.

Just as I reject all of these, so I reject the idea of sexual purity. And I think you should, too, if you believe that human beings are valuable and worthy of respect for their own sake.

* Listen to the podcast version here or on iTunes

Have you ever heard the argument: ‘Well, she shouldn’t have worn that skimpy outfit / got drunk / flirted at that party. It’s (also) her fault she was raped / assaulted.’?

Compare that argument with this one: ‘Well, he shouldn’t have been wearing that Rolex / Versace suit / driven that Lexus. It’s (also) his fault he was held up / beaten to the ground and robbed.’

These are equally terrible arguments.

While one might have a point saying that a person acted impractically by wearing something in a situation where there might be predators around, that has nothing to do with the fact that it’s entirely the fault of the criminal for committing the crime.