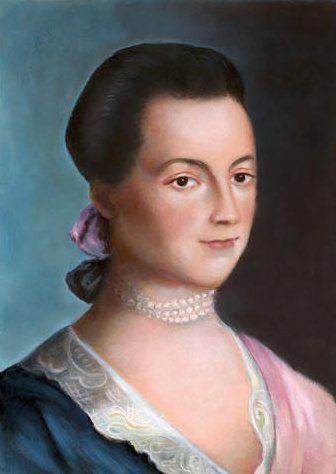 Abigail Adams, the earliest known image of her painted near the time of her marriage in 1764

Abigail Adams, born on November 22, 1744 in Weymouth, Massachusetts, was wife and chief advisor to John Adams, American founding father and second president; early advocate for women’s rights and opponent of slavery; self-taught intellectual; mother to many children including another American president; and something I just learned today, a savvy and successful financial speculator. She is one of the most well-known figures in American history because of the voluminous and well-preserved correspondence between her and her husband John. While she remained at home raising the children and managing their home, John was frequently away for extended periods on matters of revolution and state. Their letters are famous: they were loving and forthright with one other on a rare level, and the ideas and advice these two brilliant people shared with one another illuminate and inspire readers still.

Learn more about our wise and indefatigable founding mother Abigail Adams at:

How Abigail Adams Proves Bill O’Reilly Wrong About Slavery ~ by David A. Graham for The Atlantic