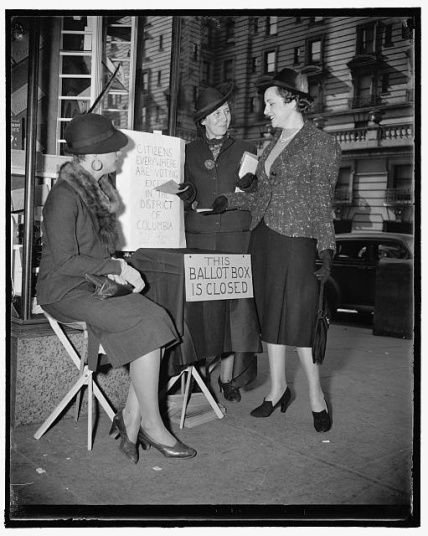 I watched the election results roll in last night on the same sofa and in company with the same good friends as eight years ago when Barack Obama was elected the first black president of the United States. As the night wore on, our dearest hopes that we would see the first woman elected president of the United States were dashed, to the deep disappointment of everyone in the room. Trump was elected president. It was clear to me that though all believe that women should have equal chances of being elected president, the gender of the candidate was not foremost in their minds last night. It was the misogyny, racism, crass materialism, and bullying personality of Trump and his followers that must be defeated, showing the world that our values are much better than our new Twitter-troll-in-chief might have you believe.

My friends are nearly all liberal, my family mostly conservative. Some of my loved ones are rejoicing, some are mourning, and probably, given the new president’s coarse speech and demeanor, checkered past, and nonconservative positions on many issues, more were at least as glum as they were glad.

For some of my religious family members, I believe they did not vote for Trump because they like him, admire him, or agree with him on many issues. They voted for Trump while holding their noses at his attitudes toward women and minorities, his coziness with Putin, his anti-free-trade positions, his hiding of his tax returns. For them, abortion is by far the most important issue at stake, so the candidate that will nominate anti-abortion Supreme Court justices and oppose Roe v. Wade is their only viable choice. I understand their position: if you truly believe abortion is legalized murder, then the candidate that will likely to most to change the law in this regard must be their candidate. But that doesn’t mean they like having to vote for him.

Other people I know and love do sincerely admire Trump, dismissing some of his worst behavior as mere indiscretions, excesses of the vitality and exuberance that made him the go-getter they see him as: the man of the people who made himself rich in the can-do, hard-working, all-American way. For myself, I have a hard time seeing how exactly how the actual Trump fits in with this perception: his primary business is building luxury amenities for the wealthy, funding it at the beginning with piles of money he didn’t earn; he’s repeatedly exploited bankruptcy laws to the fullest which allowed him to escape personal responsibility for his bad investments while stiffing his contractors, the hard-working Americans that he’s supposed to represent; the things he does have made are often built from cheap Chinese steel and with low-paid Chinese, not American, hands; he starred in a reality TV show where he showcased his ‘business acumen’ by glowering behind a big shiny desk in a too-big suit, repeating generic self-help platitudes that convey no real guidance or information at all. In other words, he is just business-as-usual. But like so many Americans, they fell for his brand, the heavily marketed, glossy persona that the media lap up because he’s just so entertaining.

For me, what the Presidential candidates represent often does take priority over what they do, since they do not run the country on their own. Many of the qualities and principles that Trump represents to people are, I think, even uglier than what he’s said and done, which is often bad enough. But it seems that what he doesn’t represent is what got him into office: he doesn’t represent the establishment and he doesn’t represent the multicultural cosmopolitanism of the new information-centric world. And he doesn’t represent what’s been called the feminization of our culture, as machismo, militarism, and hyper-individualism slowly erodes from our national character. Hilary Clinton largely represented this feminization, the idea that the state also exists as a facilitator of care, for promoting health and education, of taking in those that flee to us for help, nurturing the young and the disenfranchised so that all have an equal shot or, if you happen to be a casualty of the capitalism most of us benefit from, you’re not out on your ear. And she represented it in a way that the strong mom does: idealistic yet practical, ruthless if need be in defense of her brood. Clinton has flaws, perhaps as many as Trump, but they are flaws of excess in the pursuit of greater and worthier things than self-aggrandizement and self-indulgence. But women, traditionally, are not allowed to have flaws, not if we are to be admired and promoted to any position of influence. For men, that’s just, well, part of being a man, part and parcel to being strong, bold, and getting things done.

I wish we could have shown the world last night that we believe in women too, that our girls do have the same chance of becoming president as anyone else, and they could do so by being women, unapologetically, able to succeed to our fullest potential whether or not we have flaws too.

One thought on “The Morning After Election Day 2016”