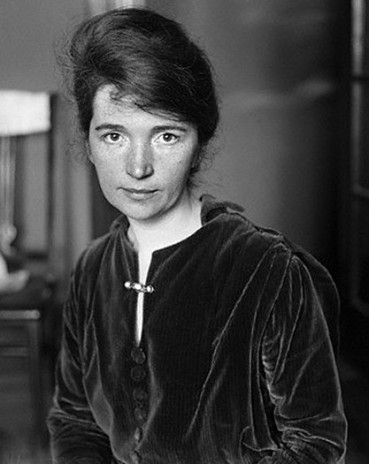 From time to time, I take a trip to some corner of the globe, to explore the lives and ideas of great thinkers in the places where they lived and worked. For this series, I follow in the footsteps of thinkers who are no longer alive, since those who are still telling their own stories. But those who are no longer alive in the body live on in the ideas that they pass on, and in the examples they provide for us to follow.

I’m pleased and excited to announce my sixth philosophical-historical themed adventure, a rather impromptu trip to New York City to follow in the footsteps of Margaret Sanger.

Though the timing was spur of the moment, I’ve read and thought about Sanger quite a bit over the years and have some of the research done already for this long-planned trip. So when this little window of time opened up in my schedule, I happily seized the opportunity! As central to the history of women’s rights, free speech rights, and rights to sexual self-determination and privacy as she is, Sanger’s also the most problematic figure in the history of ideas I’ve followed so far for this series, with the possible exception of the brilliant but slave-owning Thomas Jefferson. She’s certainly the first that sparked immediate controversy when I casually mentioned my plans for following her on social media…. Read the written version here: