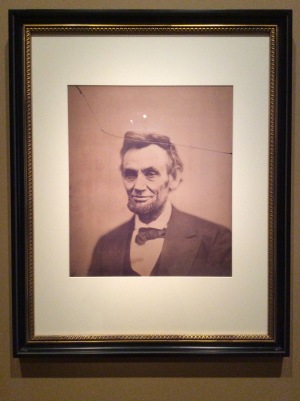 The topic of character is one of the oldest in both Western and Eastern thought, and has enjoyed a renaissance in philosophy since at least the 1970s with the revival of virtue ethics. Yet, even today, character remains largely a mystery. We know very little about what most peoples’ character looks like. Important virtues are surprisingly neglected. There are almost no strategies advanced by philosophers today for improving character. We have a long way to go.

We do know, though, that matters of character are vitally important. Consider the news these days, dominated by people like Harvey Weinstein and Kevin Spacey. Or consider the behavior of our heroes, like Lincoln and King, or our villains, like Hitler and Stalin. Or consider the latest scandals in the entertainment world, professional sports, or politics. So much of what has happened can be traced back to the character of the people involved. And to take it one step further, thanks to the latest psychological research, character traits have been linked to all kinds of things that we care about in life: optimism, academic achievement, mood, health, meaning, life satisfaction…the list goes on and on.

To say that philosophers—who have been studying character extensively for thousands of years—are mostly in the dark about the topic, surely sounds like I am exaggerating, right? Maybe that’s true, but let me offer two concrete illustrations.

1. Neglected Virtues. The moral virtues are good character traits like justice, temperance, and fortitude. Here are two questions (among many others) you can ask about these virtues. First, conceptually, what do they involve? How, for instance, would you characterize a temperate person? Or a heroic one? Secondly, on empirical grounds, do people actually have the virtues (and if so, how many people and which virtues)? For instance, are there actually any temperate people today?

To help with the empirical question, there has been a recent flurry of interest among philosophers in consulting studies in psychology, and thinking about whether the behavior displayed in those studies is virtuous or not. For a virtue like compassion, real progress has been made in reading the relevant studies carefully, with the conclusion being that most people are not in fact compassionate. Unfortunately, philosophers don’t have much of an idea about what is going on empirically with most of the other virtues (and I’m not sure anyone else does either, for that matter). Part of the reason why is that for some moral virtues there just isn’t the wealth of existing studies to analyze, in the way that there is for compassion. Stealing is a good example—as you might imagine, it is hard to do helpful experimental studies of theft.

But part of the reason is also that some virtues have simply not been on our philosophical radar screens. The attention of philosophers has been elsewhere.

Take the virtue of honesty, for instance. If any virtue is on most people’s top five list, it is that one. Yet it has had no traction at all in the philosophy literature. In fact, there has not been a single paper in a mainstream philosophy journal on the moral virtue of honesty in over fifty years.

Or take the virtue of generosity—just three papers in the past forty years (by way of comparison, there are over two dozen papers on the virtue of modesty—who would have expected that to happen!).

So the upshot is that compassion is likely to be a rare virtue. But at this point it is not at all clear how we are doing with the rest of them. Indeed, in some cases we are not even clear what the virtues look like in the first place.

2. Virtue Development. The natural suspicion, of course, is that across the board we are not doing very well when it comes to being people of good moral character. History, current events, the local news, and social media all seem to confirm this. Hence it seems apparent that there is a sizable character gap:

There are moral exemplars, people like Abraham Lincoln and Sojourner Truth, whose character is morally virtuous in many respects.

Examining their lives ends up reflecting badly on most of us, myself included, since it illustrates in vivid terms just how much of a character gap there really is.

To try to at least reduce this gap, it would be helpful to have some strategies which can, if followed properly, help us to make slow and gradual progress in the right direction. Naturally philosophers needn’t be the only ones who can come up with these strategies, but it would be nice if we had something to say that is practically relevant, empirically informed, and actually efficacious if carried out properly.

By and large, we haven’t had much to say. But there are signs that this is beginning to change, thanks to the work of Nancy Snow, Julia Annas, Jonathan Webber, and a few others. In fact, the development of character improvement strategies strikes me as one of the most promising areas of philosophy in the coming decade. Many good and innovative dissertations are there for interested graduate students to tackle.

My hope is that this groundswell of interest in how to cultivate the virtues will continue to expand in the coming years. These are indeed early days in the philosophical study of character. And exciting days too, full of so many worthwhile possibilities to explore.

This article was originally published at OUPBlog.

Christian B. Miller is the A. C. Reid Professor of Philosophy at Wake Forest University and author or editor of eight books including The Character Gap: How Good Are We? (Bio credit: OUPBlog)