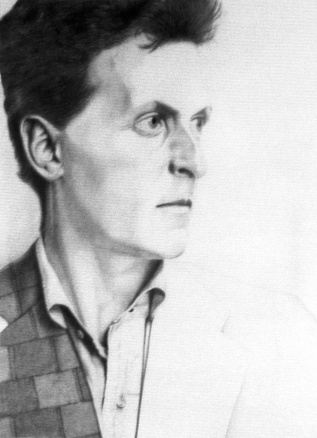 From time to time, like anyone who publishes online, I do an online search for ‘Ordinary Philosophy’ to see what comes up. Without fail, the first results are a list of articles and discussions on ordinary language philosophy. It recently occurred to me that I should discuss ordinary language philosophy with my readers, not only because it’s such an interesting and influential school of philosophical thought, but because it likely influenced the name ‘Ordinary Philosophy’. I say ‘likely’ because, though I have no memory of having ordinary language philosophy on my mind at the time, my familiarity and interest with it no doubt kept the phrase stored in my mind, easily recalled through some sort of unconscious word association.

This school of thought holds that problems and contradictions in philosophy arise chiefly through confusing language as actually used in everyday discourse with technical language, or terms abstracted from ordinary usage and understood to have discrete, consistent definitions. A ready example is eternity. What is eternity?  What do we mean by ‘eternity’? Are these two questions asking the same thing in different ways or are they actually asking two different questions? If, for example, we understand eternity to mean an infinite duration of time, how does this make sense if we know time to have at least one defining boundary, its beginning at the big bang? Do we mean just one thing when we talk about eternity, as in the example of religious doctrines which hold that all souls have eternal life, or does it have a variety of very different but equally valid meanings, such as in this example of a common usage ‘this water is taking an eternity to boil’. If eternity has only has one or a limited set of valid meanings, why is/are these meaning(s) valid and not others?

The brilliant Melvin Bragg, author and radio host and documentarian par excellence (his video series on the history of the English language The Adventure of English is among my very favorite documentary series) discusses ordinary language philosophy with philosophers Stephen Mulhall, Ray Monk, and Julia Tanney on his program In Our Time on BBC’s Radio 4. This discussion is comprehensive and very interesting, and there are few hosts better than Bragg at keeping the discussion clear, orderly, and comprehensive. He makes sure to require his interviewees to define and clarify their terms and provide the necessary background before getting too technical. However, if you happen to find the tone and style of academic discourse rather dry, this discussion may be a little hard to listen to with full attention all the way through. Still, I think it an excellent introduction to ordinary language philosophy, and I’ve included a short list of links below of other very helpful resources for better understanding this interesting and important school of thought.

After all, there are many ways we actually express the same ideas, and some are more effective than others at promoting understanding depending on the listener. So, while some might prefer Bragg’s style of moderated academic discussion, others might find Sally Parker-Ryan’s entry in the Internet Encyclopedia of Philosophy much more clear and enjoyable to read. The variety of ways we express and understand things is among the very problems that ordinary language philosophy may be particularly helpful in figuring out.