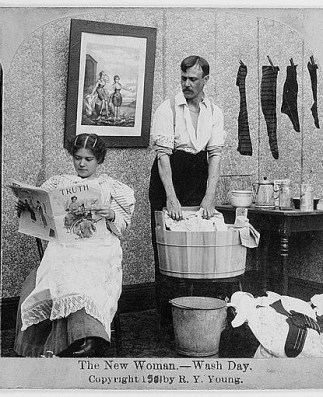 Many women don’t like to be called ‘feminist’ anymore.

Some think the term’s outdated and no longer useful, because when we use it we remind people of, and thereby perpetuate, silly notions about women from the bad old days. Others think it’s too divisive, highlighting the differences between between men and women instead of emphasizing our much more important similarities, which was the whole point of feminism in the first place.

I understand the distaste for the f-word. Second-wave feminists, continuing the fight for equality that the first wave had only partially achieved, sometimes overshot the mark in their zeal. Some thought men had to be taken down a peg or several; others thought that greater separation of the sexes, rather than less, was what it would take to liberate women from men’s intransigent misogyny. Many even thought, and continue to think, that men and women are so fundamentally unlike in the ways they think and feel that they will never achieve true friendship and equality.

I, like those who object to the term feminism, think that these separatists are wrong about human psychology, and am more optimistic about the improving relations between the sexes, especially as gender roles are losing some of their rigidity throughout the world. Though the recent flap over Cannes Film Festival’s kicking women off the red carpet for not wearing high heels might put a damper on this view, the fact that this raised such a huge outcry makes the whole story seem more like a point in its favor. Like the first wave feminists, I hold the view that the similarities between men and women so far outnumber the differences as to render them largely irrelevant, especially when it comes to human rights and political equality. The term feminism itself is a first wave feminist invention. 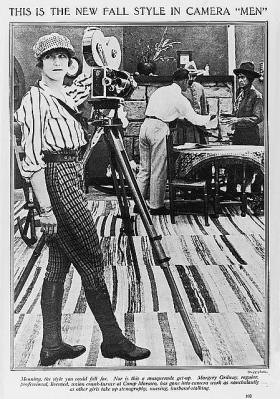 There are many meaningful terms which make sense because of the history behind them, not because they make literal sense anymore. Take the term film as it’s used in ‘Cannes Film Festival’: it’s used to refer to movies in general. Yet actual film, that specially prepared plastic on which a multitude of images are imprinted to be played back later as a moving picture, are only sometimes used in movie-making today. Movie aficionados who now refer to movies as films don’t mean to imply that actual film was used in any given movie; whether or not it was, they wish to emphasize the craft and history behind the art of movie-making that they all share.

The term under question here also has a meaning that’s evolved over time. Feminism expresses, in the words of that great old tongue-in-cheek slogan, ‘the radical notion that women are people’. Just as humanism was coined as a rallying word to promote the idea that human beings and their achievements are valuable for their own sake, feminism was coined to rally people to the cause of equal rights for women, since women possess the same defining qualities of humanity as men. At one time, it was necessary to prove that point. Now that we take women’s equality for granted in much of the world,  feminism might seem antiquated or divisive. But I don’t think that’s really the case. Almost everyone is familiar enough with the current usage of the term film to know that what we mean now is not exactly what we used to mean, but we still like to use it because of the history it alludes to. Likewise, most people should be familiar enough with feminism to know it’s now generally used in the context of critiquing the more entrenched and obscure problems of sexism in our society, not to demonstrate the basic humanity of women or the depravity of men.

So I still like to identify myself as feminist. Despite the blemishes some put on the term over the last century and a half, I value it because of the way it connects the current pursuit of equal rights and dignity for all to the brave and noble women (and like-minded men) throughout history who fought for their freedom, and mine, under its banner.