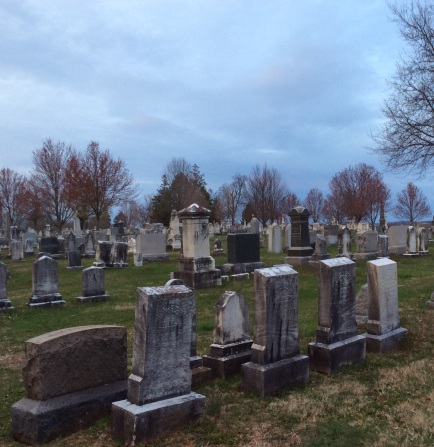 In the previous post, we met the argument with which Epicurus hoped to cure our fear of death and, with that, our fear of everything else. But we found it wanting. Epicurus assumed that only that which can harm you may be feared; and only that which causes pain can harm you. But we saw that both of these assumptions are false. Along the way, we met one specific reason to fear our death, namely, its effect on those we love. But I suggested that, while this might justify certain responses to the fact of our own mortality, it does not seem to support the sort of response that people often report – the halting existential terror felt in the pit of the stomach. This sort of response, it seems, comes from somewhere else. In this post, we consider a conjecture as to its source: I fear death, you might think, because the fact that I will die robs the things I do in my life of their meaning or their value or their worth. This, if it were true, would justify the feeling of vertigo and emptiness that comes when we reflect that we will die. To remind ourselves that all we have done is meaningless is to have the basis for all we do pulled out from under us.

As so often, Bill Watterson’s six-year old philosopher, Calvin, has been here before us. In the first pane of one comic strip, Calvin is at his school-desk: “Miss Wormwood, I have a question about this math class”; “Yes?”; “Given that sooner or later, we’re all just going to die, what’s the point of learning about integers?” Calvin’s thought seems to be based on an assumption that many of us make about what makes it worthwhile to do the things that we do in our lives. We assume that an activity can only get meaning or value by contributing to some larger goal that we pursue. Death, then, robs our lives of meaning or value by interrupting our ultimate over-arching goals before they can be fully achieved.

But this is based on a mistaken view of how things get their meaning or their value or their worth. Of course, some things get their meaning from how they contribute to some larger project (the philosopher Kieran Setiya calls these ‘telic activities’). I sharpen my pencil in order to draft this blog; and if I don’t finish the blog, the pencil sharpening becomes devoid of worth – doing it will have added no value to my life. I make a birthday card for a friend in order to make her laugh; if I drop it down a drain on my way to her party, there was no value in the making of it. But other things I undertake not because they contribute to a larger project – or not only for that reason – but because I value them as they are; they are, for me, sources of value in themselves (Setiya calls these ‘atelic activities’). For example, this blog might be part of a larger project I have to think through the effect on our lives of knowing of our own mortality. But I don’t value writing it only for its contribution to that goal. The process of thinking through these questions is itself something of value for me; something that gives my life meaning in and of itself. I might listen to my friend’s woes as part of a larger project of supporting her and living my life as connected to some extent to hers; but I value each particular part of that project, each evening talking to her, and not just because of their contribution to the whole; they are ends in themselves. What’s more, as philosopher Frances Kamm points out, much of what gives value to our lives is not any activity, such as thinking through a philosophical issue or connecting my life to that of my friend, but a way of being, such as being wise or being virtuous; and these ways of being are complete in themselves whenever you have them. The value that being wise or being virtuous add to your life does not increase the longer you live, though of course the longer you live, the more chance you have of achieving them.

In another comic strip, Calvin is sitting with his friend Hobbes, the tiger, under a tree. He turns to Hobbes: “I don’t understand this business about death. If we’re all going to die, what’s the point of living?” After a moment, Hobbes replies: “Well, there’s seafood.” And he’s right. Much of what we do in life – spending time with friends or family, taking in the beauty of the natural world, writing, reading, campaigning, or eating seafood – we value for its own sake. We don’t value it because of its contribution to some larger project that is curtailed by our death, thereby robbing our actions and lives that contain them of meaning. So, this aspect of death – that it truncates some of our projects, and frustrates some of our goals – gives us cause for sadness, perhaps, or disappointment or regret; but not fear, and not halting existential terror in the pit of our stomach. After all, there’s seafood.

~ Richard Pettigrew is Professor of Philosophy at the University of Bristol. He completed his PhD in mathematical logic in 2008. Since then, he has worked in logic, philosophy of mathematics, the epistemology of uncertainty, and the theory of rational choice. (Bio credit: OUPblog)

~ This piece was originally published at OUPblog