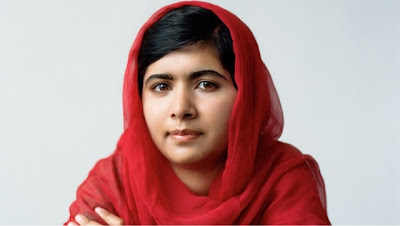 The debates around the Charlie Hebdo shooting have been raging hot and fast: should there be a stronger military response to militant Islamists? Does the Quran promote or at least allow violence, and if so, is Islam really a religion of peace? Are principles of the right to free speech and basic respect for the feelings of religious people compatible?
We’ve tried, and mostly failed, the military response tactic. Even where gains appear to have been made in the short term, a new crop of fanatics soon rise up to strike, as they feel their country’s honor has been violated by invaders who have no right to dictate what they should believe, what laws they should make, or what form of government they should create. It’s a fact of history that invasion, real or perceived, by foreign armies invariably provokes those disposed to violence to take up arms; these, in turn, convince the young, the aimless, and the self-righteous to join them in their ‘sacred’ cause. Even if the intention of the ‘invaders’ is to liberate or to protect (though I’m not convinced that’s entirely or even usually the case on the part of governments), these military interventions usually turn out worse for everyone in the long run. Consider the domino effect from our early intervention in Afghanistan against the Russians to our seemingly endless war(s) in the Middle East. While each intervention on its own seemed justified to many in the short term, the deeper all parties dig themselves in with more fighting, the more the bodies pile up and the deeper the tensions run, generating yet more conflict.
So how about the religion itself, and its holy book? The Quran indeed contains violent passages, allowing and even commanding its readers to kill those who violate certain commandments or who don’t believe. The Bible is also chock-full of both divinely tolerated and divinely commanded violence, including rape, murder, mutilation, and lots of genocide. Christians, for centuries, invaded other countries, overthrew rulers, tortured and killed heretics and ‘witches‘ (including little girls), and harshly oppressed the Jews, from baptizing and kidnapping their babies to murderous pogroms. All this with consent, by silence or by instruction, of religious authority figures, including the Pope.

So why does the western world widely consider Christianity a religion of peace, and Islam a religion of genocide? Well, Christianity has undergone a pretty thorough reformation through the influence of better philosophical and evidence-based ideas, starting with the Protestants, continuing with the Enlightenment, and up to the Age of Science and Human Rights. With widespread literacy and open trade came the awareness that the old dogmatic, sin-obsessed, holy-war-glorifying ways are actually quite awful for human well-being, and that hey, if God loves us, maybe he doesn’t actually want us to live that way. Now, except for abortion clinic bombers, the odd Timothy McVeigh or Anders Behring Breivik, and certain pundits, fundamentalists, and warmongers who seem to long for the days of the Crusades, Christianity is now, in comparison, mostly a benign family of religions of tolerance, peace, and good works. Even if, as I believe, they get a lot of stuff wrong (mostly the metaphysical stuff; otherwise, many of the ethical systems they promote are not half bad), Christian religions bear little resemblance to their forebears who enacted Old Testament values with gusto. Same goes for (most of) the Jewish family of religions.

This takes to our modern Age of Human Rights, in which the rights and interests of individual persons are of primary concern, so that any and all human institutions, be it religion, corporation, community, or government, is judged by how well it serves to protect and expand human rights. Is Islam compatible with this new understanding of the importance of human rights, in that they are at least on equal footing with religion, if not taking precedence over it? (From the religious viewpoint, of course: most modern, reformed, and mainstream religions seem to promote a robust conception of the centrality of human rights in their moral systems, and see no real conflict. The most progressive believers, as well as atheists and secularists, think that too many religions are still retrograde and unjust in their beliefs regarding gay, women’s, and children’s rights.) Should the threat of offending religious people be sufficient to limit that most sacred of human rights to the western world, free speech? We’re still figuring that one out when it comes to extreme cases, such as those that specifically incite violence, or ‘hate speech’. But for the most part, I think the general attitude of the western world towards free speech is the correct one: it should rarely be constrained, except when’s demonstrable that severe and direct harm will almost surely result from it. Even the speech of people with the most disgusting views must be tolerated in the interests of being an informed person, since it’s important to know who they are and what the bad ideas are that influence them. Most religions in the western world have become pretty comfortable with the idea of free speech and have come to value it highly, including the more moderate forms of Islam.

So how to stop the seeming spiral of parts of the Muslim world into an orgy of violence and the ideological dominance of its most extreme and retrograde forms? Encourage and promote those who stand against those violent ideologues. Most Muslims belong to this category of believers, and number among the most humane, thoughtful, and decent people you may care to meet. These are the Muslims who feel most, and most justifiably, beleaguered. They are as horrified as anyone else at all the atrocities committed in the name of the religion they identify with, perhaps more so since it’s other Muslims committing these crime, and like most Christians today, emphasize the nice parts of their holy book and interpret away the rest. And I’m sure they feel, as this thoughtful piece successfully argues, that it’s as ridiculous to blame Muslims as a group for the actions of Muslim killers, as it is to blame all Catholics for child-raping clerics, all Jews for the ultra-Orthodox few slinging feces at schoolgirls, or all atheists for Stalin’s genocide. It’s as ridiculous to expect all Catholics, Jews, and atheists to apologize and justify themselves following such atrocities, as it is to expect all Muslims to.

While there are still large parts of the Muslim world living under the rule of governments whose laws still carry out a retrograde understanding of justice, it’s just not true that most Muslims condone terrorist acts. Indeed, while doing research for this piece, I had a far harder time finding Muslim leaders who justify any kind of violence, even physical punishment for ‘apostates’ and criminals, than those that do. Outside of the rantings of pundits, who jump on the relatively rare examples of communities where a significant demographic believe violence is justified, it’s just not the case that Islam necessitates violence any more than Christianity does. Both revere holy books rife with passages promoting violence, but few Muslims and Christians are guided more by those passages than the peace-promoting ones. Yet it seems the pundits’ rantings dominate the major media outlets, while the voices of the peaceful majority of Muslims are all too often drowned out.

So if you’re one of those screaming and pointing fingers at ‘The Muslims’, let’s all stop being so damned self-righteous and smug in our own ‘enlightened’ point of view (yes, you too, my fellow atheists). Those of us who are interested in living in a more just, peaceful, tolerant, and free world should encourage such progress wherever it’s found, by praising it and trumpeting it from the rooftops. While I, too, feel that the world will be a better place when religion has lost its still too widespread dominance over the human heart and mind, I also know that many religious people feel a deep sense of identity with whatever faith they were brought up in, and this rarely changes quickly.
Who, then, will change the minds of those Muslims who hold beliefs contrary to principles of human rights and personal liberty? Will it be vitriolic Christians who point out the speck in their eye while ignoring the historical plank in their own? Will it be atheists who shout ‘Look, I told you so, that’s what happens when you consider ancient tribal texts the source of your morals’? I don’t think so, if history and a large body of research into why and how humans form their beliefs are any indication. The people who will change the mind of Muslims will generally be other Muslims.

So share widely every story of Muslims who hate violence and love tolerance, knowledge, and freedom, and let it it drown out the fundamentalists; I, for one, am rooting for their side in the fight over what broadly defines their religion. After all, they have the credentials and the inside knowledge of how it is to be a Muslim, to demonstrate to their fellow believers that the best way to be Muslim is to believe in a God of peace, tolerance, and justice. If you support these good people, you will become a help, and not a hindrance, on the journey of the human race, religious and secular alike, towards a more peaceful, tolerant, just, and wise world.

Here are prominent and influential Muslims and Muslim groups who stand against violence, to which I’ll keep adding as I discover them… and there are plenty to discover. Please share as widely as you can!

The Arab League and Al-Azhar condemn the Charlie Hebdo shooting: