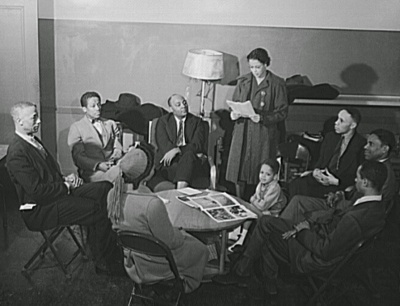 I was engaged in conversation the other day with someone I like very much and whose opinions I respect, yet with whom I often disagree. This is a very good thing: these are the sort of discussions that keep us honest. They force us to confront arguments and evidence we hadn’t considered before. They challenge us to recognize our unjustified assumptions, things we’ve long taken for granted and never thought to question. And over time, they instill in us the habit of forming good quality arguments that withstand such challenges, and discard those that don’t. These are valuable lessons which we don’t learn so readily in discussion with like-minded people, in preaching to the choir, so to speak.

That evening, we were mostly discussing politics, history, and social issues. Over the course of the evening, I found my interlocutor often supported his arguments primarily with anecdotes, as we all often do. Anecdotes are invaluable discussion tools: they illustrate what we mean by taking the argument out of the realm of the abstract into concrete reality, or in other words, they bring the argument to life. But over the course of the evening, I found that for nearly every anecdote he presented, I thought of one in support of a counterargument. Now it just so happened that some of the topics under discussion were sensitive issues, and since we were in mixed company and everyone was on holiday, I was loathe to bring up anything that would cause strong discomfort or hurt feelings, so I held back.

But I wish I had asked him to clarify this crucial detail: did he mean to use these anecdotes as illustrations, or as evidence?

Yet, the fact that I could easily think of a contradictory anecdote for every one he presented weakened his arguments in my mind as he was making them, in those cases where he was arguing in favor of truth claims about the world as a whole. That’s because he hadn’t made is clear how he was using these anecdotes to support his claims.

We should keep this in mind every time we make an argument: an anecdote, considered on its own, should not be considered evidence when it comes to general rules, facts, or theories.

Generally, we should be hesitant to rely too much on anecdotes when we want to persuade others of the truth of what we’re saying.Why? Well, the world is a complicated place, with innumerable factors to consider when making a judgment on any given situation. So while any one anecdote can show how a particular array of circumstances can lead to a specific outcome, it doesn’t reveal enough about what can happen given another particular set of circumstances, or what usually happens in the world as a whole. 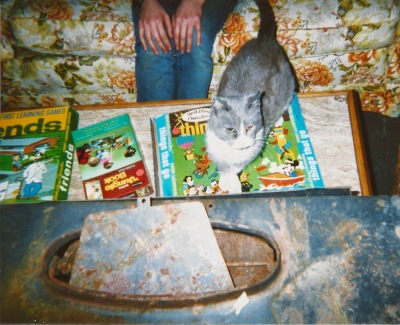 There was a warehouse cat I knew named Stinky, years ago when I worked in a salvage yard and retail warehouse. She was a charmingly decrepit cat, runty and ancient. She purred like an old lawnmower, she had rheumy eyes, and she ate a special diet of soft food because she had no teeth. She had terrible arthritis or some other undiagnosed bone or joint condition, which gave her an oddly rolling gait and caused her to nearly fall over every time she strained her head up around to the side to look at you. She also left a patch of brown dust everywhere she slept because she could not reach around to groom her body. For all of this, she seemed to have a happy life: she was very affectionate, showed few signs of pain or distress for all her maladies, and dearly loved and tenderly cared for by all of us who worked there. (My heart still aches with affection when I remember our dear departed little kitty!)

Now, suppose someone where to discuss cats with me, and based on my close acquaintance with Stinky, I were to argue that cats are slow, ungainly creatures with no teeth, that they are dirty animals that don’t groom themselves, they always weigh less than eight pounds, and if you were to hear a low rumbling sound, you can bet it’s a cat. My interlocutor would justifiably think I’m a little nutty. When it comes to talking about one cat, an anecdote is very revealing. When it comes to talking about the species cat, not so much. In other words: one cat is an anecdote, but lots of cats are evidence.

While all this might appear obvious, it’s natural for human beings to form beliefs and to argue on the basis of what we’re familiar with: we all have our own sets of experiences from which we draw our ideas about the world. Yet, as we grow in knowledge and understanding, it’s important to gather as much information as we can about the world that goes beyond our own experience, since we lead ourselves astray all the time by relying on anecdotes, or in other words, the limits of our own experience. The anecdote can point us in the direction of where to seek for truth, since it reveals facts about the world in that particular time and place, but on its own, can’t tell us much about larger truths or how the world works as a whole.

Statistics are evidence. Meta-studies are evidence. One study can be considered useful evidence if it’s sufficiently large and well-conducted, but given so many variables in the world and the statistical likelihood of getting skewed results in any one given study, it’s better to rely on meta-studies, or a hypothesis or theory supported by many studies and observations over time.

Returning to the anecdote with which I began this piece to illustrate my argument: given the evidence of the many discussions we’ve had over time, I have every reason to believe my interlocutor that evening is an intelligent person, well-informed in many ways. Given my confidence in his abilities, I also believe he’s fully aware of the difference between anecdote and evidence. Yet, since our evolved brains naturally think first in terms of our own experience so that we easily fall into the anecdote-belief trap, we need to keep in mind the difference between anecdote and evidence, use them appropriately, and make it clear to ourselves and our partners in discussion how we’re using each of them to support our arguments and why.