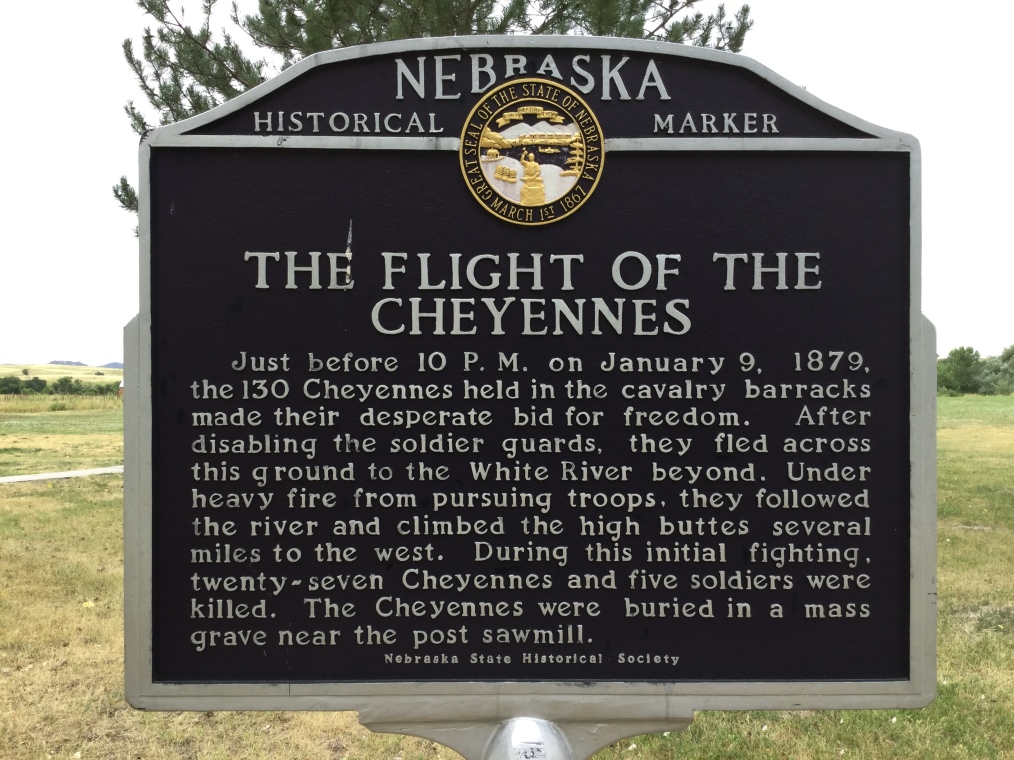 The Flight of the Cheyennes historical marker at Fort Robinson, Nebraska. About 350 human beings risked being shot or frozen to death in the harsh winter weather by escaping from U.S. Army custody that past September. They had been forcibly relocated with about 700 other Cheyenne away from their homeland to an unfamiliar, inhospitable reservation where they sickened and died from disease and hunger. Some of them, out of hunger, desperation, and revenge, raided nearby settlers and killed around 40 of them. 350 of them decided to take their future into their own hands and break out for home. The desire for freedom is ever strong in the human mind and heart.

Cavalry barracks at Fort Robinson (reconstruction), where 147 of the 350 escaped Cheyenne were rounded up and imprisoned in January of 1879. They were denied warmth and sufficient food in an attempt to break their spirits and get them to acquiesce in a march back to their dismal reservation. Instead, they escaped on the morning of January 9th, 1879 and fled along the White River to the buttes beyond. 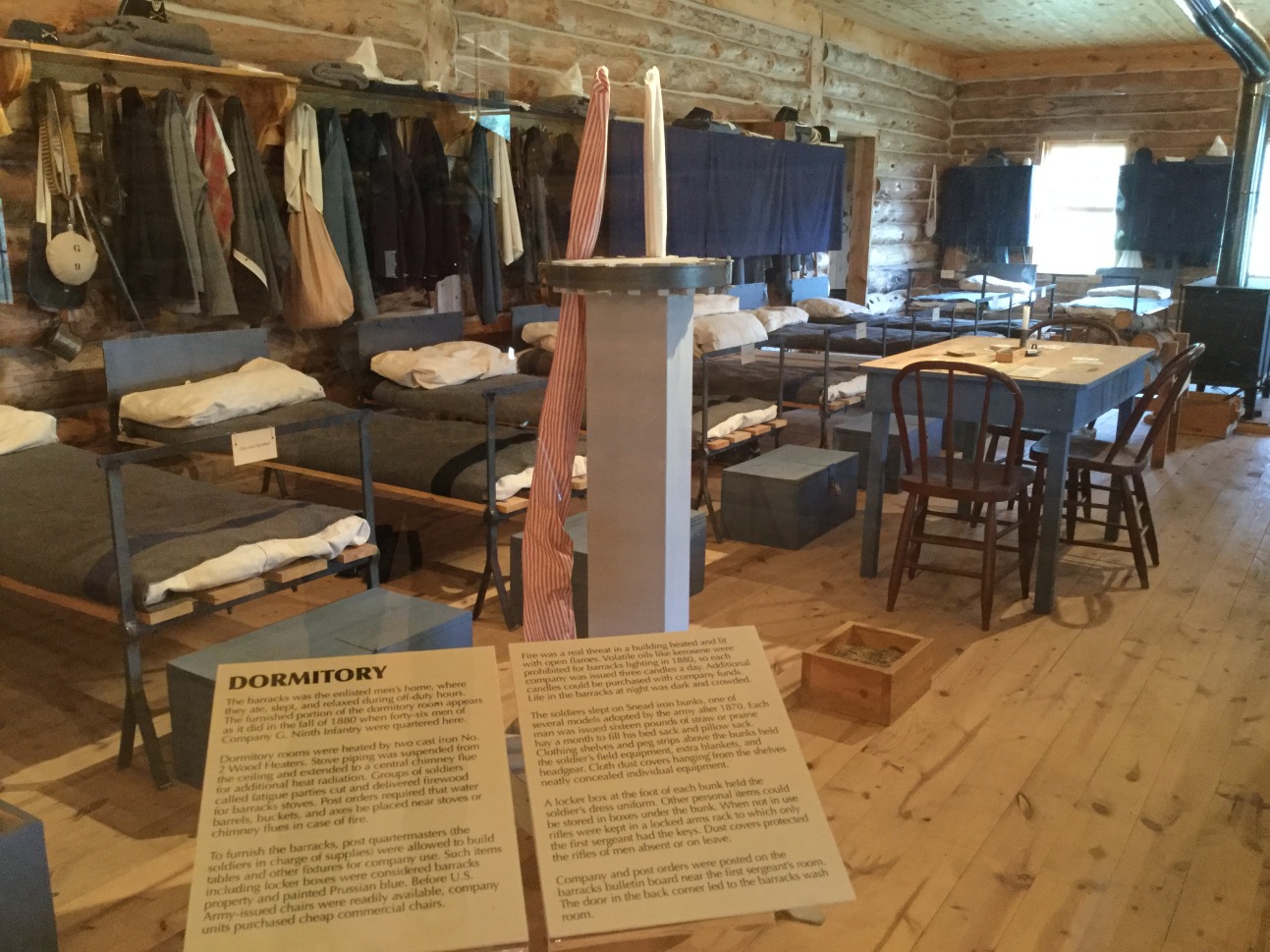 Interior of the old cavalry barracks (reconstruction) at Fort Robinson, Nebraska, where the 147 Cheyenne people were imprisoned

Photo of Little Wolf and Dull Knife, who were among those who led the Cheyenne trek north and then the ensuing battles, from the Fort’s museum display