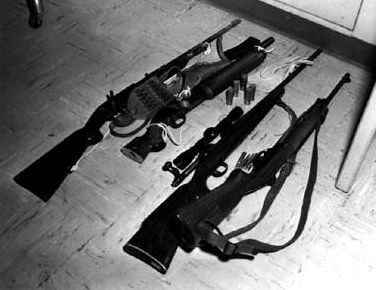 As you may know, dear reader, I’ve long expressed deep concerns over my country’s obsession with guns, over the widespread conviction that guns are the solution to many problems that the proliferation of guns, in fact, manifestly worsens. We’re so awash in guns, culturally and historically, that we take them for granted and forget that there are other possible ways to live. Even the fact that high rates of gun ownership rarely correlate now or throughout history with relatively low rates of gun deaths, be it by state or country, doesn’t seem to matter. Our culturally-induced intuition that bad guys with guns will behave themselves out of fear of good guys with guns seems to render the preponderance of available evidence irrelevant, time after time after bloody time. There’s a particularly telling illustration of this going on right now, as Rosa Eberly writes in her recent piece for The Chronicle of Higher Education:

‘In what appears to be an audacious act of public forgetting, a controversial Texas campus-carry law allowing concealed guns in university buildings is scheduled to take effect on Monday, August 1, the 50th anniversary of the University of Texas tower shootings.

The first mass murder on a U.S. college campus, the tower shootings left 14 people dead, plus the gunman, and more than 30 wounded. As in other more recent examples of mass gun violence, the shooter first used deadly force in a domestic setting — he killed his wife and mother before ascending the tower with an arsenal…’

I dearly hope the students that don’t suffer the possible worst consequences of this very dangerous social experiment. But the evidence of history gives us very good reasons to worry that they will.