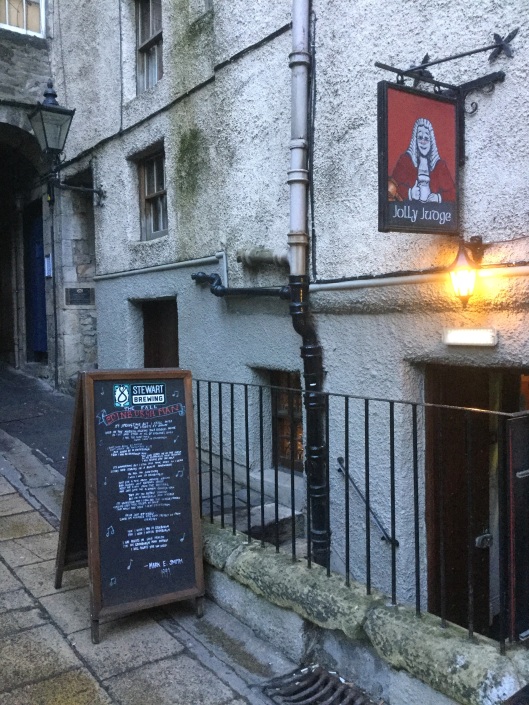 The site of James Boswell’s place in James Court off the Royal Mile is near one of my favorite pubs in Edinburgh: the Jolly Judge. You can see the plaque on the wall near the doorway just beyond the lamp.

In James Court, just off Edinburgh’s famed Royal Mile, there’s a little winding set of stone steps leading to a simple wood door. The plaque near the steps reveals that they lead to the place where James Boswell lived from 1773 to 1786. The first flat that Boswell occupied in James Square was torn down, but the recently discovered remains of a very old staircase in one of these oft-reconstructed buildings may be the one which linked the two floors of his home. From what I’ve read thus far, it seems this marked building, site of Boswell’s second flat here in James Court, contains only parts of the original structure.

Boswell, the Edinburgh-born lawyer, diarist, and writer most well known for his biography of Samuel Johnson, has connections to two towering figures of the Enlightenment: David Hume and Jean-Jacques Rousseau. The ways in which his life intersected with theirs exemplify his vibrant and complex life and personality.

On Sunday, July 7, 1776, Boswell visited the bedside of his dying friend Hume. Hume was the leading light of the Scottish Enlightenment, often honored as the greatest philosopher to write in English. In fact, Boswell first moved to in James Court, into Hume’s cute but tiny old flat, taking it over when Hume moved to New Town in 1772. It was at the latter place that Boswell, ‘too late for church’ anyway, stopped by to see if Hume, notorious for his religious skepticism, ‘persisted in disbelieving a future state even when he had death before his eyes.’ Boswell, habitual bacchanalist in wine and women, was nevertheless very religious and had a superstitious terror of hell. He was dismayed and shocked to find that his old friend did not only persist in his disbelief but was at ease, even happy, and showed no discernable fear of his impending annihilation. Boswell was left ‘disturbed… for some time.’ 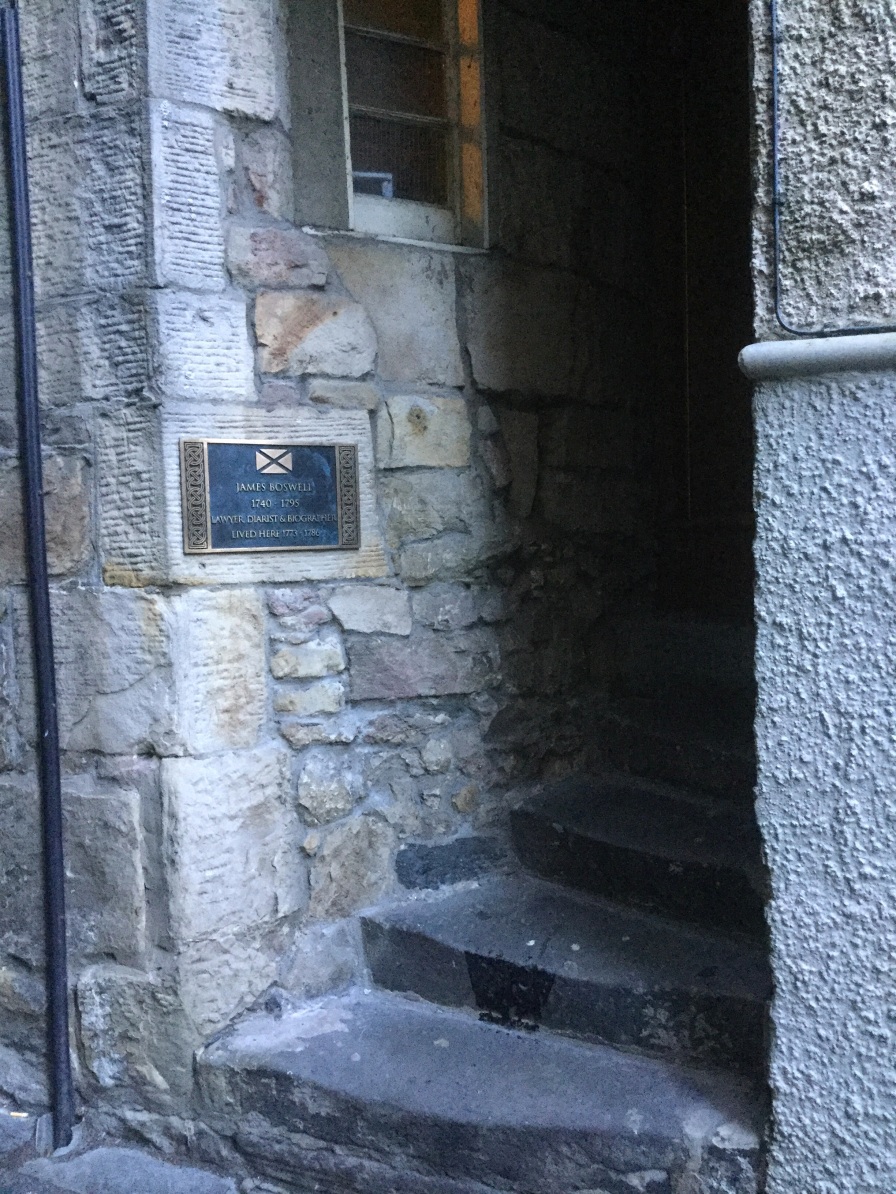 Ten years earlier, Boswell played a part in destroying the trust and friendship between Hume and Rousseau. Hume had agreed to help Rousseau, who was fleeing political persecution in Europe, find safe haven in England. Mutual admiration and a warm friendship sprung up between the two menimmediately though Baron d’Holbach (another mainstay of the French Enlightenment community) warned Hume that Rousseau was not to be trusted. This proved true. Rousseau’s growing paranoia led him to believe that Hume was plotting to destroy him and began to spread word of Hume’s perceived deviousness. The unraveling situation was not helped when Hume’s friend Boswell, charged with escorting Rousseau’s beloved mistress Thérèse Le Vasseur to join him in England, had an affair with her along the way. Rousseau believed that Hume had helped orchestrate this betrayal as well. Aware of Boswell’s notoriously insatiable sexual appetite, Hume certainly showed very poor judgment in trusting Boswell with this task. Before long, Hume and Rousseau became bitter enemies. Hurt and angry, Hume attacked Rousseau publicly as well, sometimes in very unseemly ways, and the whole episode revealed that even the most wise can also be the most foolish.

Another view of the site of James Boswell’s home in James Court. This would have been the second and larger flat that Boswell occupied here; the building which held the first, formerly David Hume’s, was torn down.