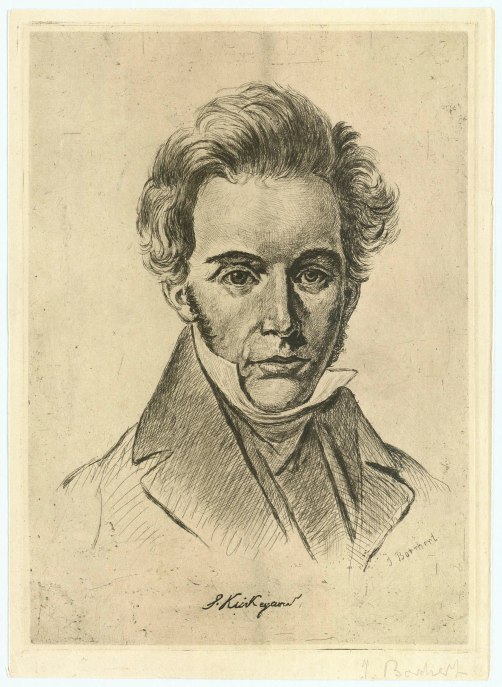 Søren Kierkegaard (May 5, 1813 – Nov. 11, 1855 CE), the great Danish philosopher and forerunner of existentialism, was born in the Danish city of Copenhagen, and throughout his life he enjoyed walking through the city, greeting everyone he met as his equal regardless of their station in life.  As a young boy, Kierkegaard’s father drilled him with difficult lessons so he would be the top student in his class, but to prevent his son from developing selfish pride, the father demanded that his son get the third best grades in the class, purposefully making mistakes to prevent the boy from being recognized as first or second student.

For Kierkegaard, genuine truth is human subjectivity and perspective, and it is only the individual who accepts subjectivity who comes to realize the greater truth insofar as it is achievable by individuals.  For Kierkegaard, truth is not objective, but subjective, not an object achieved, but a test withstood, not a hurdle overcome, but an experience endured.  Kierkegaard argued that no social system can authentically give the individual meaning and truth. Individuals must make choices, and if they choose to go along with the masses, they have sacrificed their own ability to give truth meaning.  Kierkegaard wrote that he could have, like most scholars of his day, become a voice pronouncing the greatness and objectivity of his race, his country, his historical period, his fellow scholars, but rather than commit treason to truth he chose to become a spy, a solitary individual who chronicled the hypocrisy of all claims to objectivity.

To be an individual is to experience “a vertigo of possibilities”, the monstrosity of spontaneity.  Kierkegaard wrote, “We are condemned to be free”.  It is our freedom, the experience of the infinite, undefined and unbounded, which unites us most intimately with our world.  Kierkegaard argued that one can overcome the angst, the vertigo of possibilities, by making a leap of faith, by choosing to believe in something and act with some purpose in spite of the fact that beliefs and purposes can never be fully justified.  Only this is authentic individuality and truth, having chosen what one is to be, with the honest recognition of the freedom involved in the choice.

Kierkegaard saw himself as a true follower of Socrates, who argued that he knew that he did not know, which is why the Oracle at Delphi said that no man was wiser than he.  Kierkegaard wrote his college thesis on Socrates, irony, and indirect communication, much as Kierkegaard himself indirectly communicated through his pseudonyms.  Socrates never made great claims to truth, and would instead use analogy, myth, and paradox to show that human judgments and beliefs are problematic and contradictory even as they assert themselves with certainty, which Kierkegaard argued was also the method of Jesus.  Kierkegaard wrote that Socrates “approached each man individually, deprived him of everything, and sent him away empty-handed”.  Socrates showed others that they did not truly know what they believed themselves to know, and he was killed by the Athenian assembly just as Jesus was killed for questioning the Pharisees.

Kierkegaard’s works are dominated by theological concerns, wondering on many pages about the individual’s relationship to God and Jesus.  For Kierkegaard, the meaning of Christianity was not the achievement of objectivity, but the acceptance of subjectivity, of individually lacking the God’s eye view.  Kierkegaard was brutally critical of the Danish Lutheran Church for presenting itself as the objective truth, and argued that it is only as an individual that one can be a genuine Christian.  Kierkegaard argued that Christianity began as a rebellion against the status quo, but then became the entrenched regime. 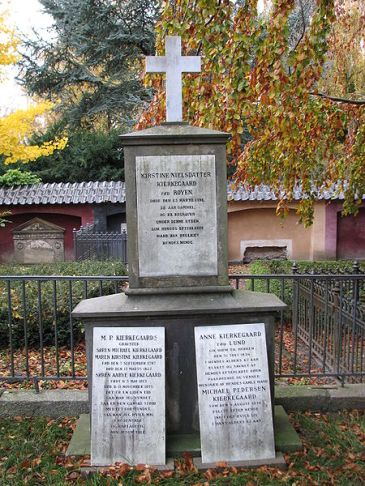 After healing a blind man, Jesus rebuked the Pharisees, the political and religious establishment of his time, and said that because they think they see they are in fact blind.  In his later years, Kierkegaard attacked the Danish Church without mercy, and at his funeral a fight broke out when young theology students, progressive and inspired by Kierkegaard, protested that the church was attempting to hijack his name and fame by calling him one of their own after he had so bitterly attacked their hypocrisy for decades.  Kierkegaard wanted his tombstone to read only, “The Individual”, though his relatives decided otherwise.