Brain illustration from The Principles and Practice of Medicine…’ by W Osler, 1904, public domain via Wikimedia Commons

“Man being held by authorities after mass murder spree”

Imagine that the above was to be today’s primary news headline. Had this been the case, what would you assume your reaction to be? Presumably – shock, terror, sorrow and everything in between (or at least I hope so). Now if I were to ask you what your thoughts on the perpetrator would be, for the sake of the example let us call him Paul, how would you answer? This may seem like a stupid question (an adjective that I’ve become highly accustomed to over the years), the answer of which I suppose will be quite unitary. If you are in fact like most people you consider Paul to be an evil, malicious, repugnant, sinister, vile (insert other negative labels here) individual who should be locked away in prison for the rest of his life or worse.

Let us, however, merge this hypothetical with a few other hypotheticals, creating a nice little hypothetical soup. If I were to inform you that the attack was crime-related and that Paul is a gangster holding a series of affiliations with multiple criminal groups, would it alter your opinion? I assume not – you most likely still hold Paul in passionate detestment, wishing the law to cross the proverbial knockout blow upon his freedom or perhaps even life. Now imagine I informed you that Paul was a psychopath, the type who thirsts for blood in the same manner as the villain in a horror movie; does this in any manner alter your frame of mind? Perhaps for some, in a sense; if I were to imitate the role of the mind-reader however, I would presume that most people still hold little sympathy for our hypothetical man, irrespective of this new information.

Let me provide you with one final hypothetical though (this will be the last, I promise). Paul has recently just returned from a trip outside the continent in which he lived out his dream of trekking through a rainforest for an extended period of time. The journey was a fulfilling one, the peak moment arriving during the last week of the trip. As Paul was stumbling through the rainforest, searing in the potent sun and carefully navigating to avoid the snakes and tarantulas, he stumbled upon a cave, a cave so beautiful that Paul was left awe-struck.

It stood at something like twelve feet tall and a mile wide; its shapely limestone enough to render the most hard-bitten cynic into a nature lover’s blissfulness. The mass of the limestone dispersed in a unique yet symmetrical manner which could not be replicated by the most skilled of sculptors. Its color palate was mesmerizing, the traditionally withering effects of Time substituted with Mother Nature’s divine hand – gifting the stone with a rainbow-like pattern; some parts of it yellow, others red, others green, others a glorious mixture of the lot.

Paul was captivated! He had hoped to see something that would spark his interest but he did not expect this. He just had to take a closer look! With every step that he took the colors turned brighter, the pattern more pronounced, the stone more shapely; leaving him in a quasi-trance until he arrived at the cave’s entrance. His aesthetic palate still not satisfied, he entered the cave; instantly the darkness engulfed him leaving him as blind as a bat, yet still he wondered what image the unwrapped darkness would provide. Were the colors as radiant? The form as ideal? 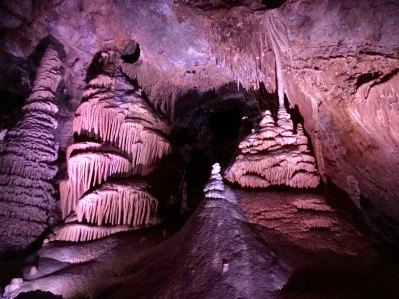 A cave in the Lewis and Clark Caverns, Montana, USA, photo 2017 by Amy Cools

Defeated by his curiosity he reached into his pocket – pulling out his flashlight and aiming it at the ceiling. The picture the light uncurtained was not, however, a pleasant one. Clearly annoyed by the light, the bats hanging upon the rooftop begun to disperse in panic. Paul was not generally a fearful man but this would leave anybody shook. Out of pure instinct, he flailed his arms, unintentionally swatting a fleeing bat. It too acted on instinct, sinking its tiny, sharp teeth into Paul’s flesh before disappearing back into the darkness alongside the rest of the flurry of critters. Then as Paul’s adrenaline begun to dwindle he too fled the cave, having lost all interest in his exploratory quest. The bite burnt, but only minimally, it was barely even bleeding. He wiped away the blood and sighed.

“Maybe I’m better served admiring the cave from afar,” he thought to himself.

The final week passed as rapidly as the bats, the encounter nothing more than a distant memory. On his departure, Paul cursed himself for indulging in airport food as he felt tired, nauseated and dizzy during the plane ride. To his surprise, he woke up the next day feeling worse in spite of waking up in his bed for the first time in months.

“Still nothing to worry about,” he thought to himself, ascribing his illness to the jet-lag. Yet as the days passed, his condition worsened significantly. He should have gone to a hospital, a doctor, a nurse, anything! Yet he did nothing!

Finally, the day of the attack arrived. Paul was feeling violently ill that day, enough to finally recognize that he was in urgent need of medical care. His final mistake was to opt to walk towards the hospital rather than call an ambulance. The short walk strained him a hundred times harder than any of his multiple mile-long treks and gradually he began to lose control of his senses; his sanity slipping away like a leaf in a waterfall, until finally his conscious awareness fully disintegrated and his whole being was consumed with red.

You might be wondering a few things at the moment – what happened to Paul? What was the point of the story? Which continent did Paul go to? Is he Batman? Who is this wannabe Charles Dickens writer and why is he so keen on wasting my time? Unfortunately, however, I can only provide an answer to the first question.

Needless to say that in the aftermath of the tragedy the general public was in shock. Though mass murder sprees are not unfortunately unheard of, the events of this one truly were – Paul committing the attack not with weapons but his bare hands and teeth instead, his behavior comparable only to that of a wild beast – the foaming of the mouth, the ear-piercing roars, the mindless aggression. It was only after the investigation that the confused public finally attained some much-needed clarity to the situation. As it turns out the bat bite which Paul shrugged off as a small meaningless sting turned out to be anything but. The gradual deterioration of Paul’s health was the result of the rabies virus, contracted through the bat’s bite, gradually invading his nervous system until it finally attained full control of his body, hijacking even his brain – on the day of the attack, causing him to strike with the ferocity that only a rabid beast could muster, tragically causing the deaths of multiple innocents.

In light of this new information, has your opinion of Paul changed? Venturing a guess, I would say that it has. The prevailing opinion regarding Paul has shifted from that of an aggressor deserving of our spite to that of a victim deserving of our pity. This perspective shift is an interesting one as it highlights that even an action as radical as killing others may be morally excused within certain circumstances. Yet what is it that truly distinguishes the latter circumstance from the former two? 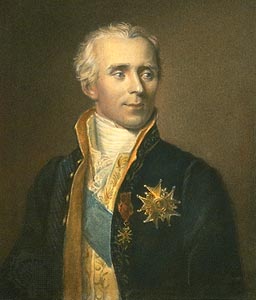 The key element to keep in mind here is the concept of determinism (as coined by the philosopher Pierre-Simon Marquis de Laplace) referring to the lack of ability to freely perform an action. In essence, many people morally excuse Paul for the mass murder spree as he is perceived not free to act otherwise. In this specific case, the physical illness caused by the rabies stripped him of any free will thus relieving him of any form of moral agency or responsibility for his actions that he may have previously possessed. But is it exclusively physical illness that may render one’s actions to be determined and thus morally excusable or may similar non-physical factors also play a role? This question strikes at the heart of one of the most pertinent philosophical debates within the entire history of philosophy – the free will/determinism debate.

The philosophical context of this debate is unsurprisingly significantly further wide-ranging than simply the physical health aspect. It involves a series of determining factors such as mental health, culture, family, knowledge and more. Factors which, according to the advocates of determinism, in unison determine each individual to act in the manner they do, thus rendering the first two versions of Paul no less determined than the third rabid one. These factors each merit a significant portion of attention in themselves – attention which would indubitably render this article too lengthy. I shall, therefore, be concluding this article with a philosophical cliff-hanger of sorts – promising to further expand upon such concepts within a succeeding article.

2 thoughts on “Freedom and Judgment, Part 1, by Sean Agius”