Let’s remember and salute the great Abraham Lincoln, father of the United States as it was painfully reborn through the Civil War, on his birthday.

Born on February 12th, 1809, this child of a poor Kentucky farm family was largely self-educated yet rose to become our most revered President since George Washington. He was a hard-working man, from farm laborer and rail splitter to flatboat operator on the Mississippi River, then shop owner, militia captain, postmaster, lawyer, politician, then President of the United States. A popular man revered for his storytelling, conversation, intelligence, and general reputation for high integrity, Lincoln won his second campaign for political office and entered the House of Representatives in 1834. He was a successful and innovative lawyer and revered for his speechmaking. His series of debates with Democratic senator Stephen Douglas in 1858 thrust him into the national spotlight, and while he lost the race to replace Douglas in the Congress that year, his reputation continued to grow, and he defeated Douglas in the presidential race two years later. He won the Presidency as head of the newly formed anti-slavery Republican party.

Lincoln’s antipathy to slavery was heightened by a memory from his flatboat trip to New Orleans, where he witnessed its horrors first hand. Over the years, his political antislavery position fluctuated although the institution of slavery disgusted him personally. For most of his political career, he advocated the moderate policy of stopping slavery’s spread to the new territories, leaving it in place where it already existed in the expectation that economic and cultural changes would naturally lead to its demise. But the intransigence of the slave states and the contingencies of the Civil War, combined with his own moral hatred of slavery, caused him to change his mind. Lincoln’s Emancipation Proclamation of January 1, 1863 freed all slaves in those states in rebellion, and nearly 200,000 freed black men fought for the Union Army, helping to ensure its eventual success.

Even given his childhood poverty and lack of education, I find Lincoln’s success even more remarkable in light of the recurrent and severe depression he suffered throughout his life. While it can be crippling, it can also make sufferers that much more attuned to the suffering of fellow human beings, deepening the understanding of human nature and increasing the capacity for sympathy. Lincoln was one of these, and his suffering refined his sensitivities and strengthened him, helping to make him the great man he became. 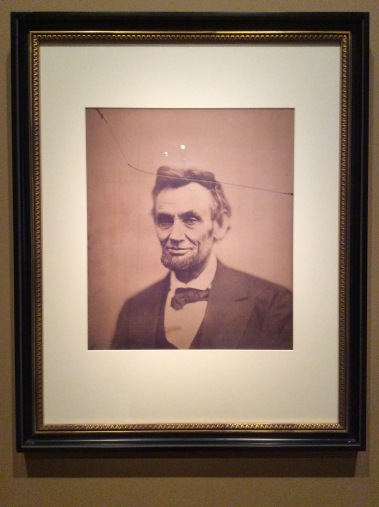 Having led the nation through the trauma and horror of the Civil War, Lincoln was assassinated only a month after his re-inauguration to the Presidency in 1964, shot in the head on April 14th by pro-slavery actor John Wilkes Booth while attending a play at Ford’s Theater.

Here some writings and works of art by, about, featuring, and inspired by Abraham Lincoln, including some of my own work.

Abraham Lincoln: audiobooks of speeches and other writings ~ at Librivox

April the 14th, Part I ~ song by Gillian Welch

Lincoln’s Great Depression ~ by Joshua Wolf Shenk for The Atlantic: Abraham Lincoln fought clinical depression all his life, and if he were alive today, his condition would be treated as a “character issue”—that is, as a political liability. His condition was indeed a character issue: it gave him the tools to save the nation

To the Great Plains and Illinois I Go, in Search of Crazy Horse, Sitting Bull, Abraham Lincoln, and Other American Histories ~ by Amy Cools for Ordinary Philosophy

Me with Abraham Lincoln’s sculpture near David Wills house where he stayed in Gettysburg, PA, the night before giving his great Address. I visited Gettysburg during my 2016 journey following Frederick Douglass

Abraham Lincoln also features prominently in my traveling history of ideas series about the life and ideas of Frederick Douglass. Here are the pieces in that series which feature Lincoln: 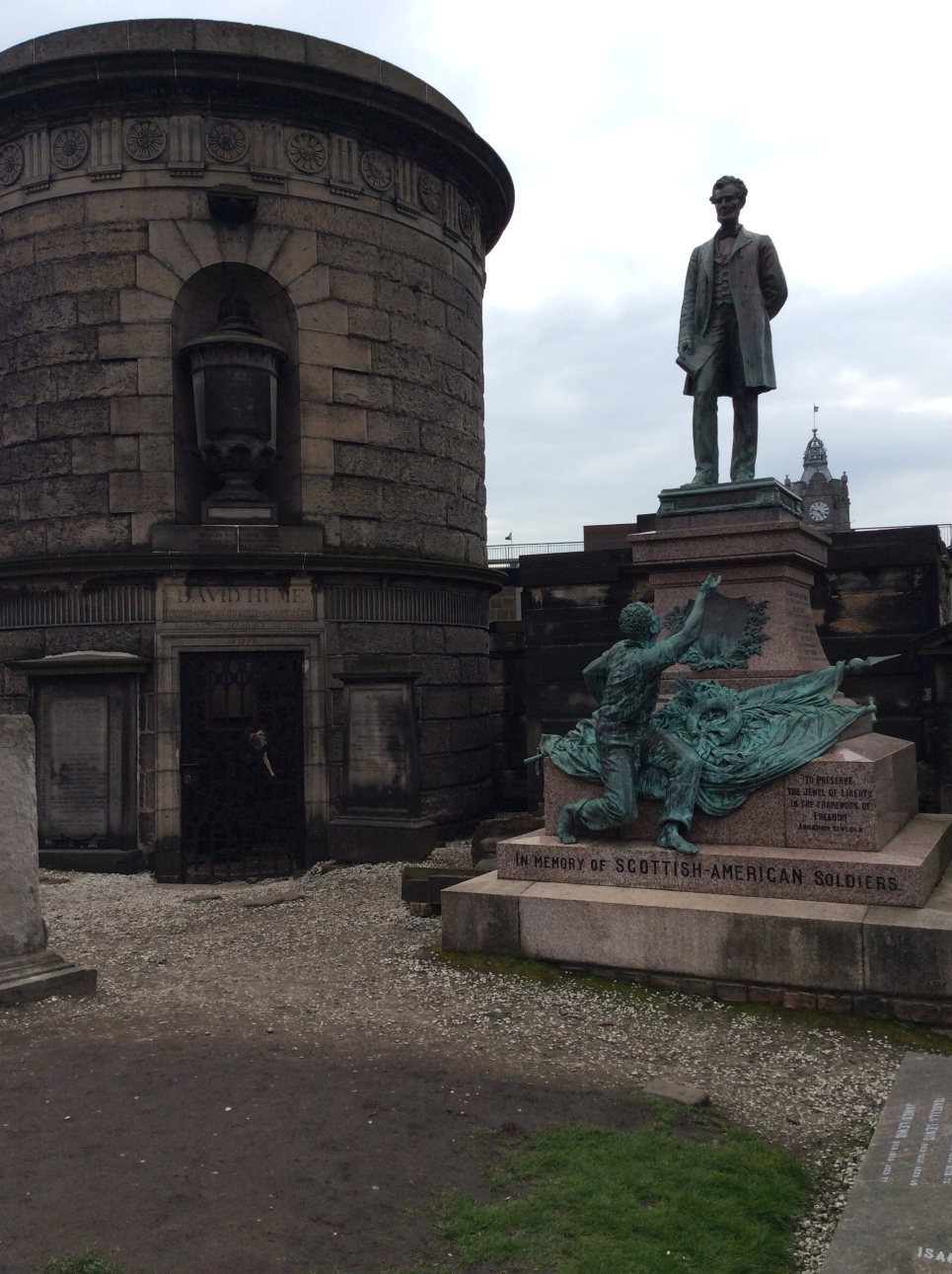 Abraham Lincoln with his son and two views of his tomb, from the Hutchinson scrapbook at Lynn Museum, photo 2016 by Amy Cools