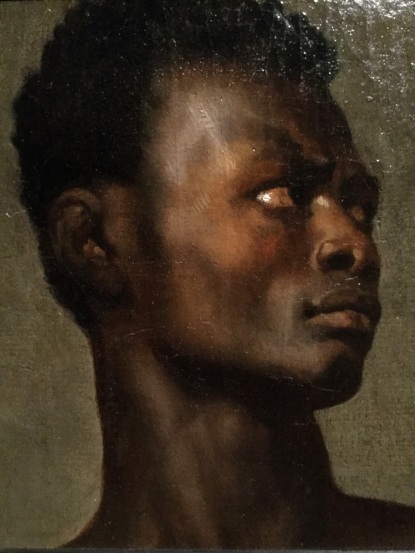 Study of an African’s Head, 1830 by Paul-Jean Flandron, Seattle Art Museum. I could not find a portrait of Dr. Eze that I could share, so I chose this powerful portrait instead, with which I illustrated another guest-hosted piece by Dag Herbjørnsrud, which describes the ideas of the 17th-century Ethiopian philosopher Zera Yacob. Eze also studied Yacob’s ideas.

Emmanuel Chukwudi Eze, born in Nigeria on January 18th, 1963, made a deep study of systems of thought in Africa, Europe, and the Americas. Born of Catholic parents, he was educated in Jesuit colleges and universities. He mined philosophy and intellectual history from across the globe, widely and deeply. He particularly focused  on postcolonial thought in Africa and the Americas, and rejected attempts to relegate tools of thought to people of one culture or another. Instead, he emphasized the importance of difference and complexity in the practice of reason.

About Dr. Eze and his book On Reason: Rationality in a World of Cultural Conflict and Racism ~ Duke University Press

Book review: Achieving our Humanity: The Ideal of the Postracial Future by Emmanuel Chukwudi Eze ~ by Cleavis Headley and Kibujjo M. Kalumba

The Color of Reason: The Idea of “Race” in Kant’s Anthropology ~ by Emmanuel Chukwudi Eze

Philosophia Africana ~ archive of the journal Dr. Eze edited and often published in at the Philosophy Documentation Center