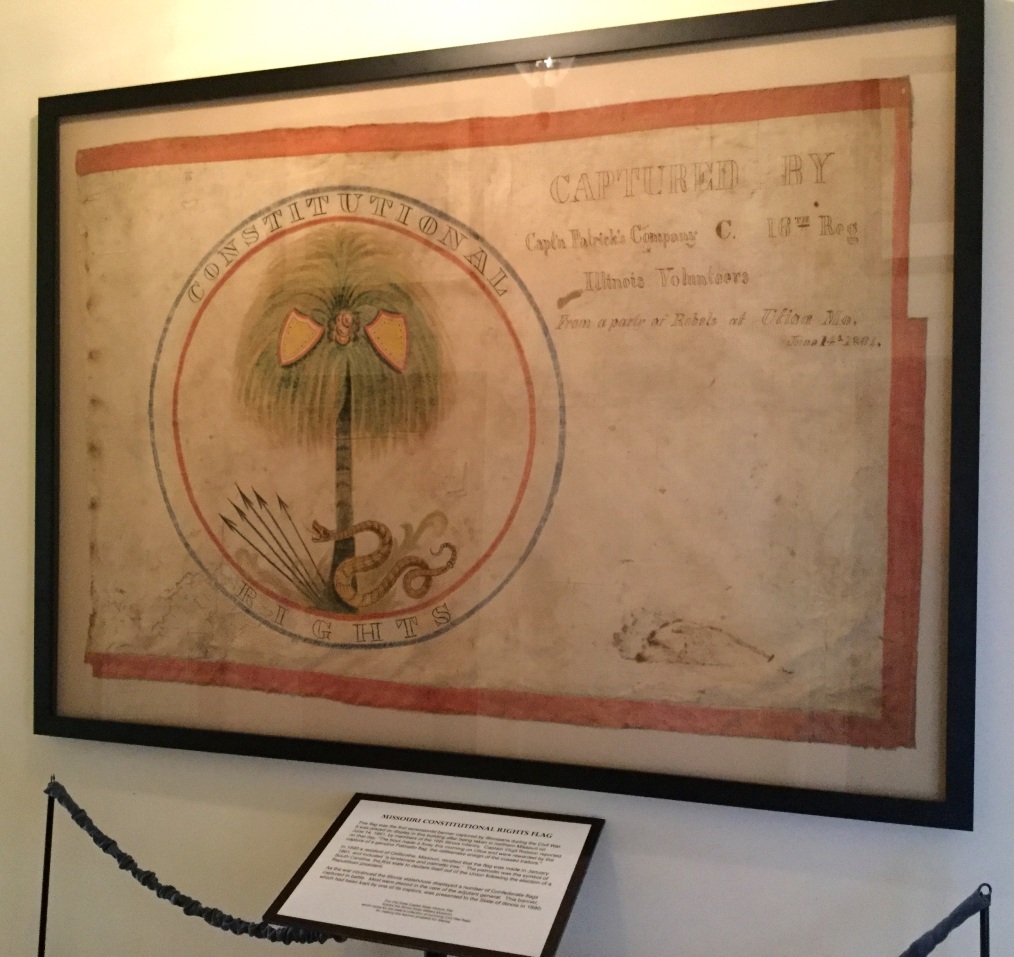 Missouri Constitutional Rights Flag captured by Union soldiers on June 14th, 1861, Old State Capitol Building, Springfield, Illinois. The claim that the Southern states seceded primarily over states’ rights issues is an oft-repeated one, and I think a troubling one for two reasons. For one, it’s part of a long tradition of trying to sidestep or minimize the problems of race-based slavery and the resulting intransigent racism that has plagued our country since its formative years, often on the part of people who don’t want to support laws that promote racial equality. For another, this states’ rights claim was as disingenuous then as it is now: the Southern states seceded not because the federal government was trying to stop slavery in their states. There was, as yet, no concerted attempt to do so. They were incensed that the federal government, in their view, was not doing enough to enforce the legal right to own slaves in free states: by forcing local governments and private individuals, against their own philosophical and religious convictions, to return escaped slaves; to allow slaveowners to retain their rights to own slaves when they traveled and even moved to free states; and to extend the rights to own slaves to new territories.

~ Ordinary Philosophy is a labor of love and ad-free, supported by patrons and readers like you. Any support you can offer will be deeply appreciated!!