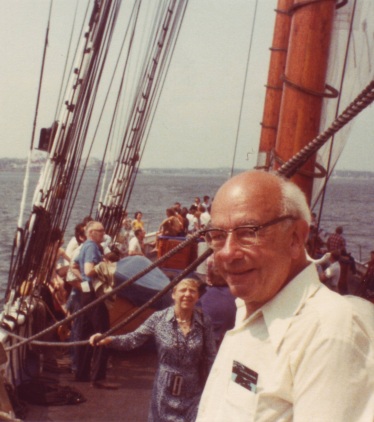 The emphases in my own education in philosophy were Ethics, Politics, and Law, so I didn’t spend as much time studying Willard Van Orman Quine’s great contributions to philosophy as I would like. However, if my focus was Mathematical Logic, Epistemology, Philosophy of Language, or Philosophy of Science, I would have spent a lot of time with the prodigious output of his remarkable intelligence. But one of his important observations is brought up in introductory philosophy classes generally, an epistemological (having to do with knowledge) quandary: Given that science continuously makes new discoveries, sometimes in the process overturning and replacing earlier theories, how can we ever say that we actually know anything about the world? Science relies on the fact that all theories are subject to revision, expansion, and being proved wrong. Does this mean, then, there’s no such thing as knowledge, since, in theory, anything we claim to know may be disproved by later discoveries?

For Quine, there is no dividing line between science and philosophy; they are interconnected ways of discovering and understanding the world. As the Stanford Encyclopedia of Philosophy puts it, Quine ‘denies that there is a distinctively philosophical standpoint, which might, for example, allow philosophical reflection to prescribe standards to science as a whole. He holds that all of our attempts at knowledge are subject to those standards of evidence and justification which are most explicitly displayed, and most successfully implemented, in the natural sciences. This applies to philosophy as well as to other branches of knowledge.’ The Internet Encyclopedia of Philosophy says further, ‘…Quine often appeals to [Otto] Neurath’s metaphor of science as a boat, where changes need to be made piece by piece while we stay afloat, and not when docked at port. He further emphasizes that both the philosopher and scientist are in the same boat (1960, 3; 1981, 72, 178). The Quinean philosopher then begins from within the ongoing system of knowledge provided by science, and proceeds to use science in order to understand science. …his use of the term “science” applies quite broadly referring not simply to the ‘hard’ or natural sciences, but also including psychology, economics, sociology, and even history (Quine 1995, 19; also see Quine 1997). But a more substantive reason centers on his view that all knowledge strives to provide a true understanding of the world and is then responsive to observation as the ultimate test of its claims…’

Oh, and he played the mandolin and piano, and learned a lot of languages just so he could deliver his lectures in the native language of the audience. Whatta guy!

W. V. Quine, Philosopher Who Analyzed Language and Reality, Dies at 92 – by Christopher Lehmann-Haupt for The New York Times, Dec 29, 2000

Willard Van Orman Quine: Philosophy of Science – by Robert Sinclair for The Internet Encyclopedia of Philosophy

Willard Van Orman Quine – by Luke Mastin for The Basics of Philosophy: A huge subject broken down into manageable chunks