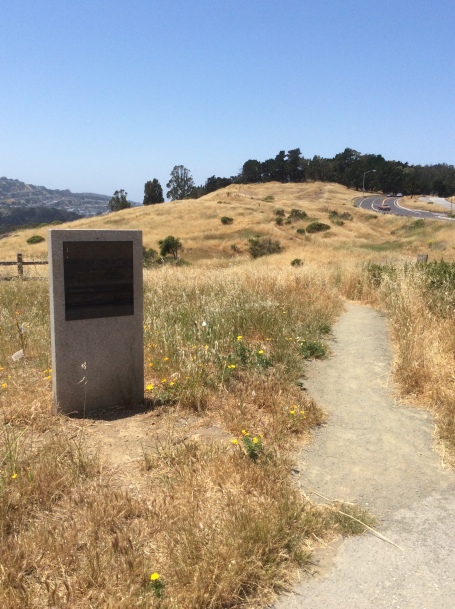 Earlier this summer, I walked the Philosopher’s Way in San Francisco. Between wrapping up the main portion of my Frederick Douglass history of ideas travel series (I have more essays in the works about his life and ideas which I’ll finish and publish over time), preparing to resume my formal education, a health issue, and a family trip, I’ve had less time to write other pieces, so I had to put this aside too. But finally, here it is.

The Philosopher’s Way is inspired by a tradition of such philosopher’s walks that are meant to inspire contemplation and an appreciation of the natural world and our place in it. I was reminded of the Hume Walk on Calton Hill in Edinburgh. In 1775, the great Scottish Enlightenment philosopher David Hume helped get a park built here so that the people of Edinburgh had a beautiful and accessible place to get exercise and admire nature. 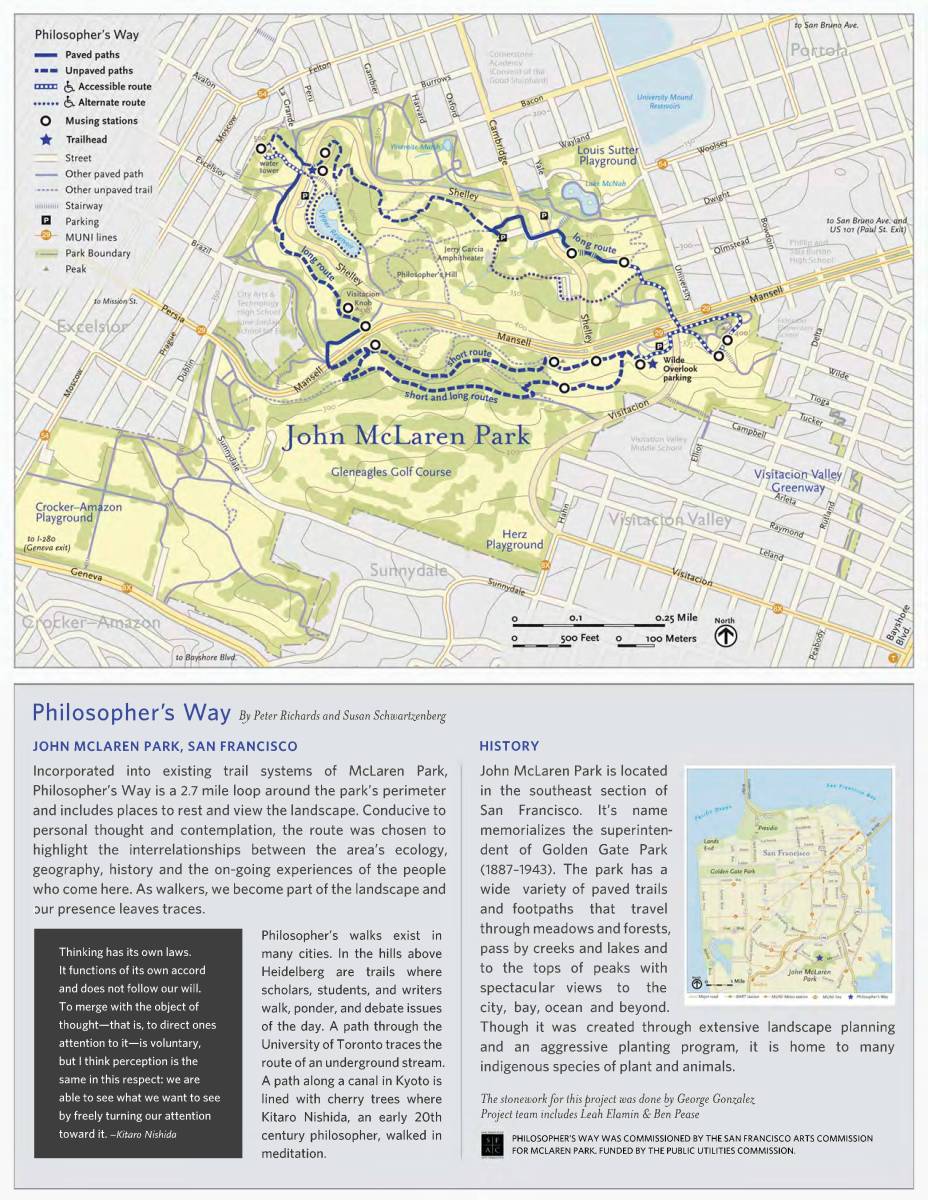 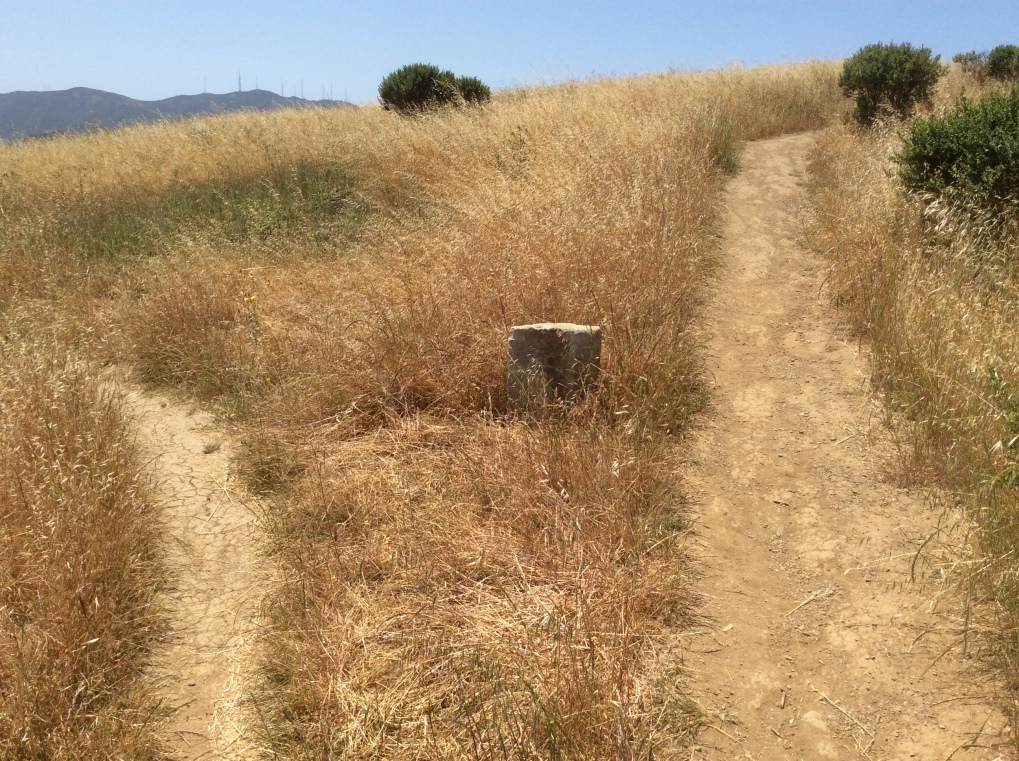 Though the parking lot is full of trash, including the largest pile of discarded whip-it canisters I’ve ever seen, the park is not. It has a wild look, only minimally pruned and landscaped. On the whole, I like it. The grassy hill leads to shady groves, that gold-and-green California look I love. Many of the overlooks of the city and the bay contain too many industrial-looking structures to be considered very beautiful in my view, but the park itself is nice. It’s only June, and already very dry. The drought’s still going strong. 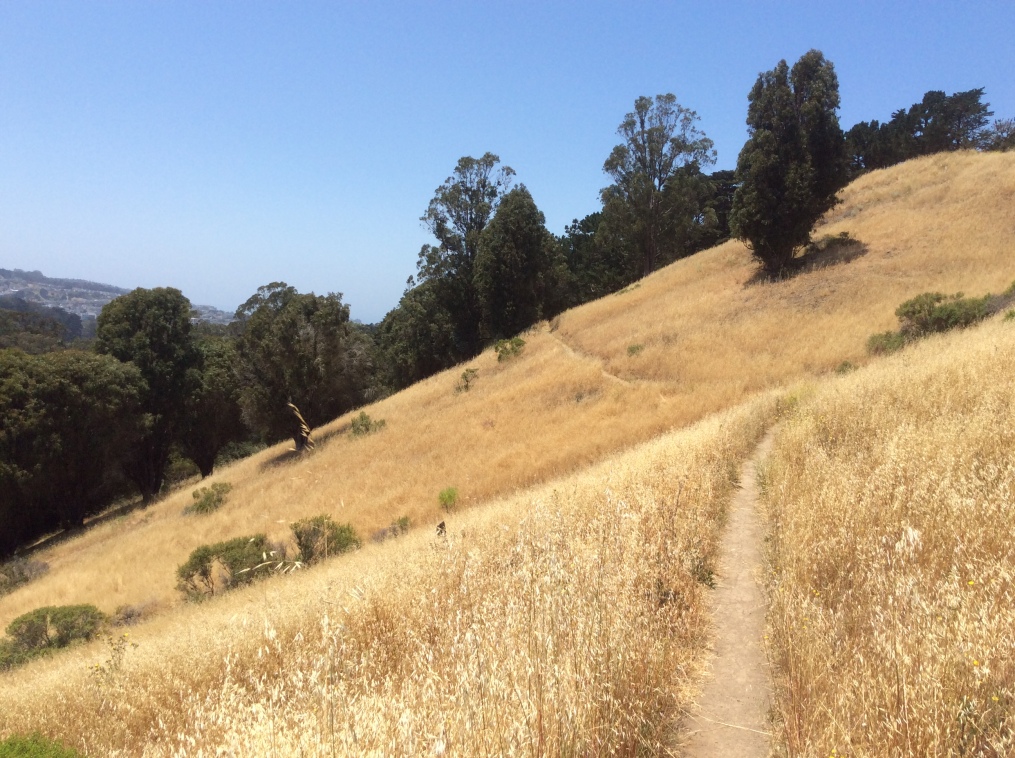 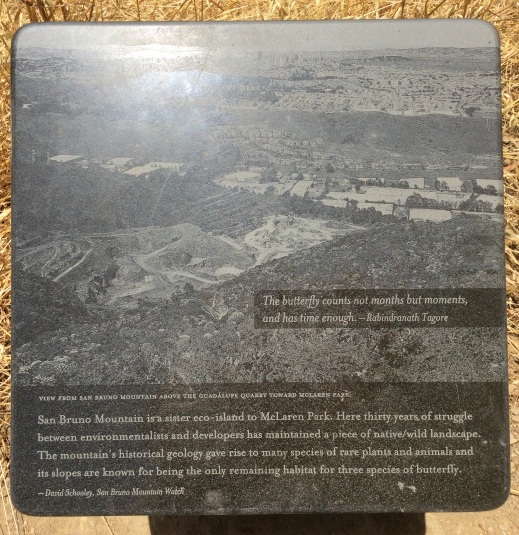 Each overlook and designated view has an etched stone plaque with information about the landscape and history, and a poetic, inspirational, or thought-provoking quote. 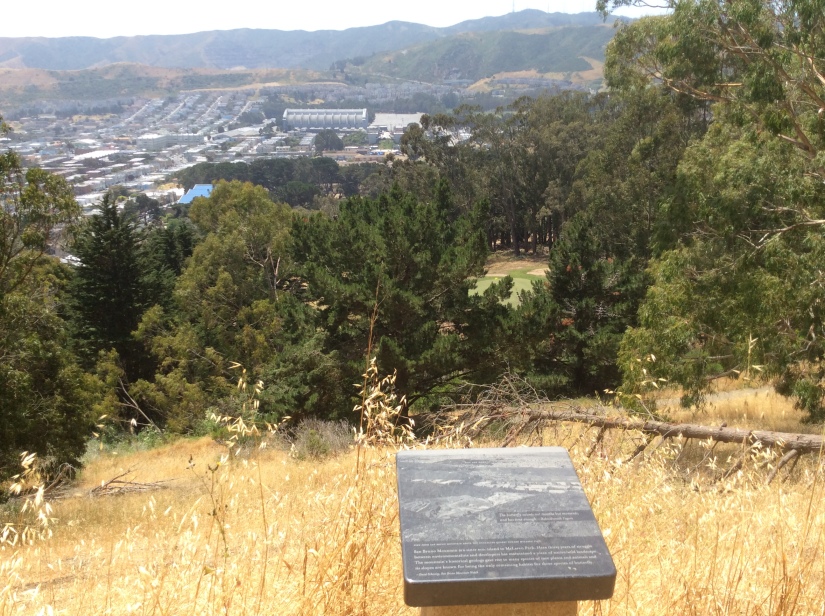 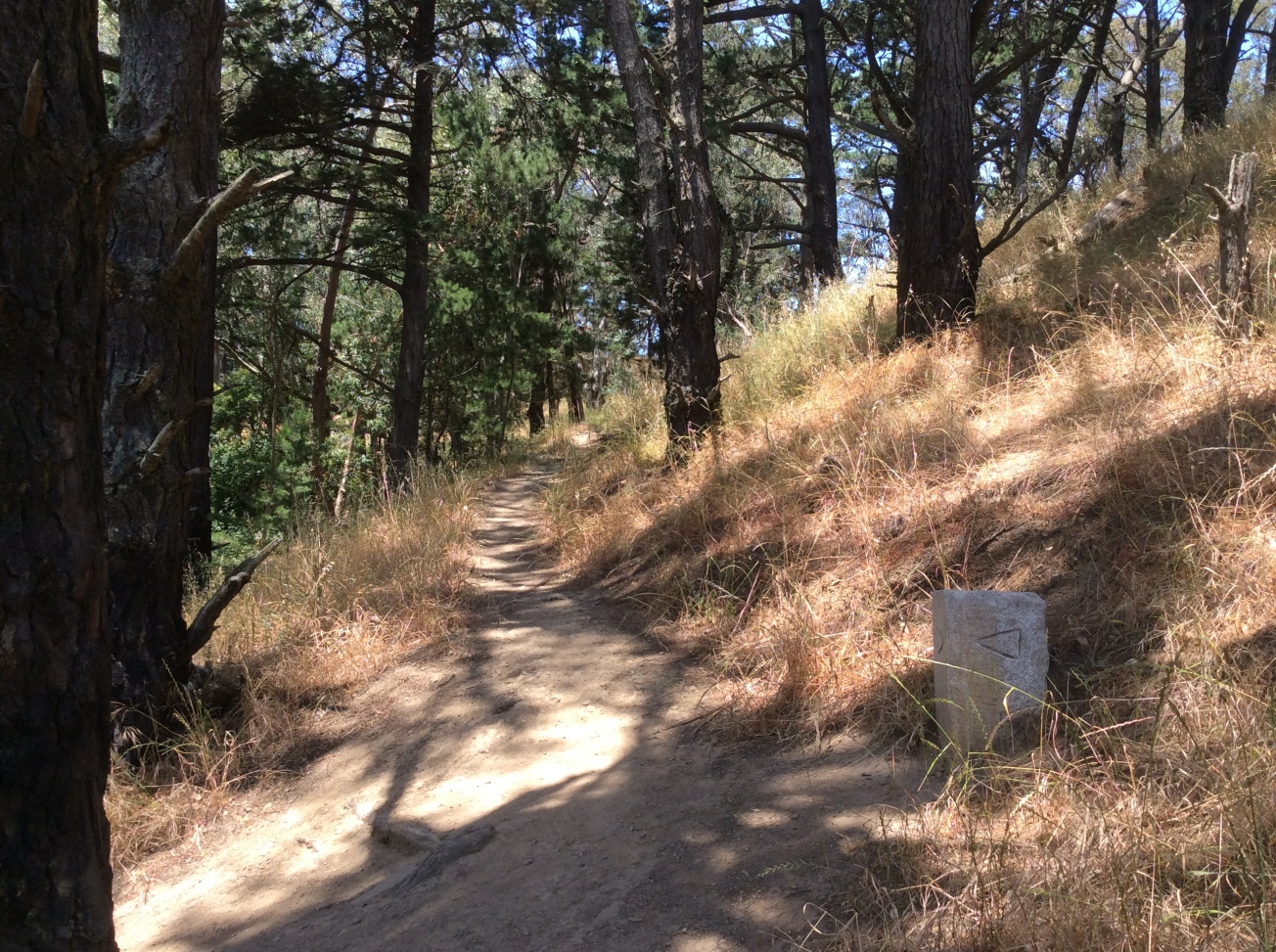 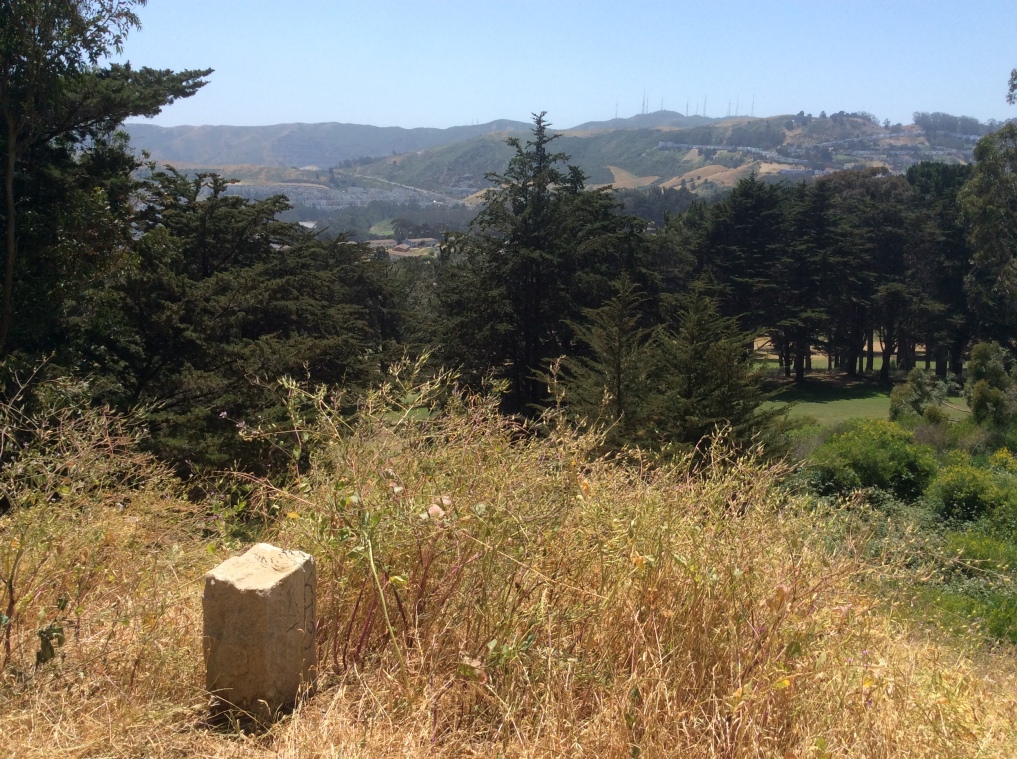 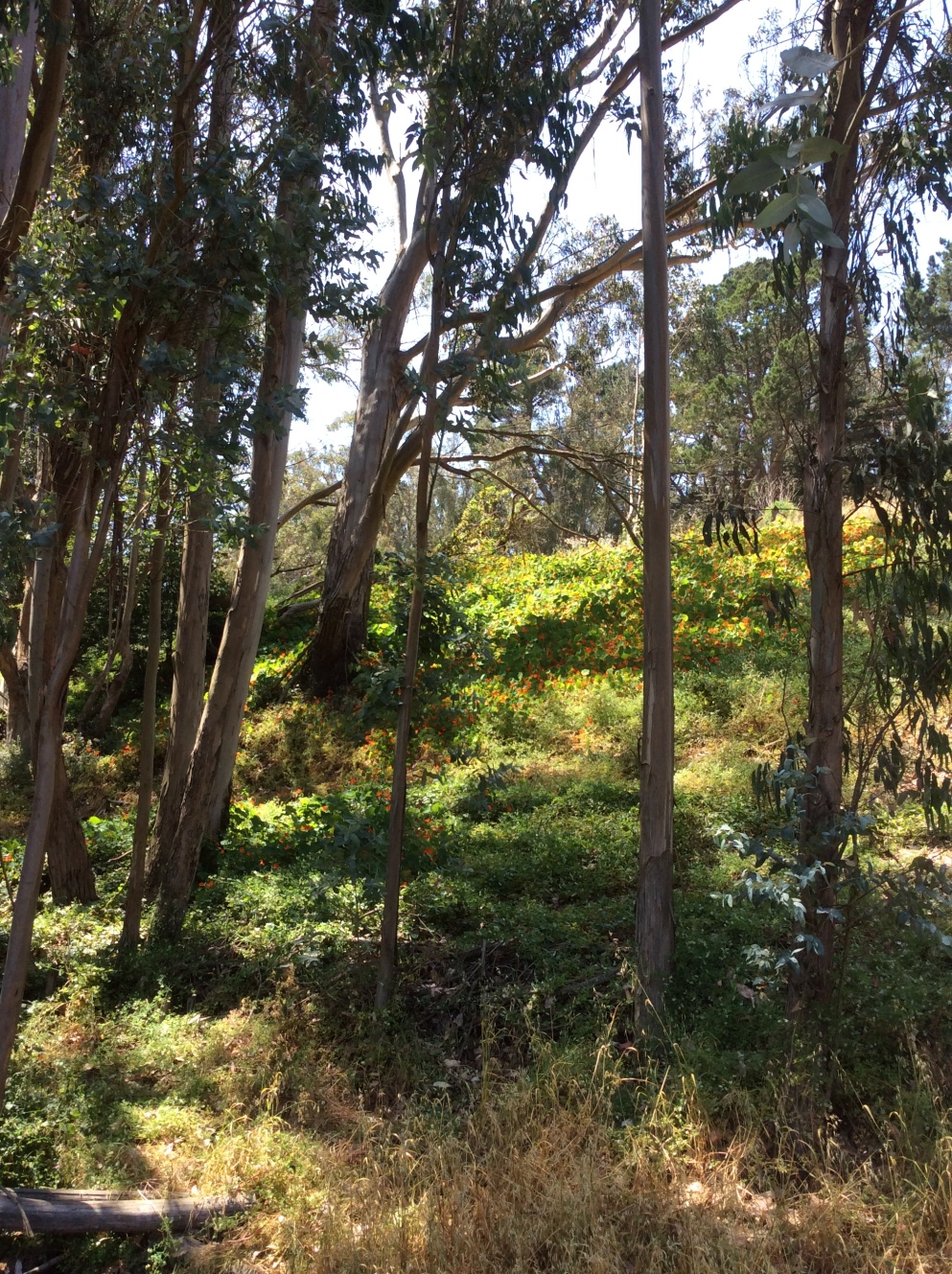 Eucalyptus, flowers, and greenery on a hillside 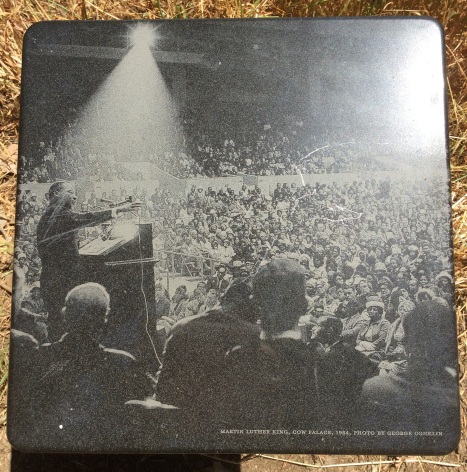 There’s an overlook with a clear view of the large, sideways half-cylindrical shape of the Cow Palace, a large forum where, it turns out, Martin Luther King Jr. once spoke. An interesting tidbit of local history!

As I’ve explored much of the walk already, I sit here for a little while, then choose another spot more shielded from the sun glaring off the pages of my book. I read, and rest, and exchange messages with a faraway friend, and think a little, but mostly daydream.

After a couple of hours, I explore the rest of the trails. It’s a lovely, quiet way to spend an afternoon. 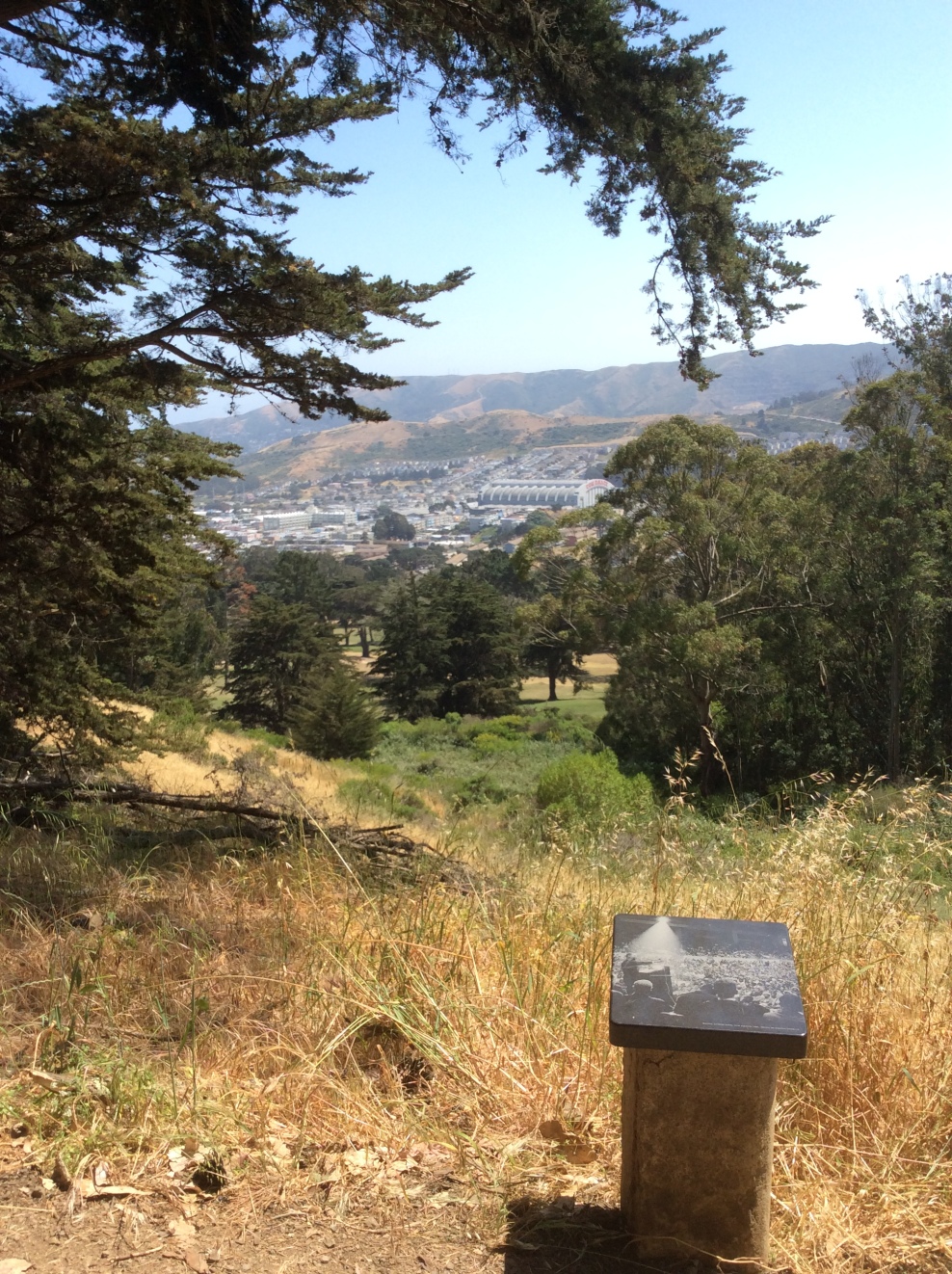 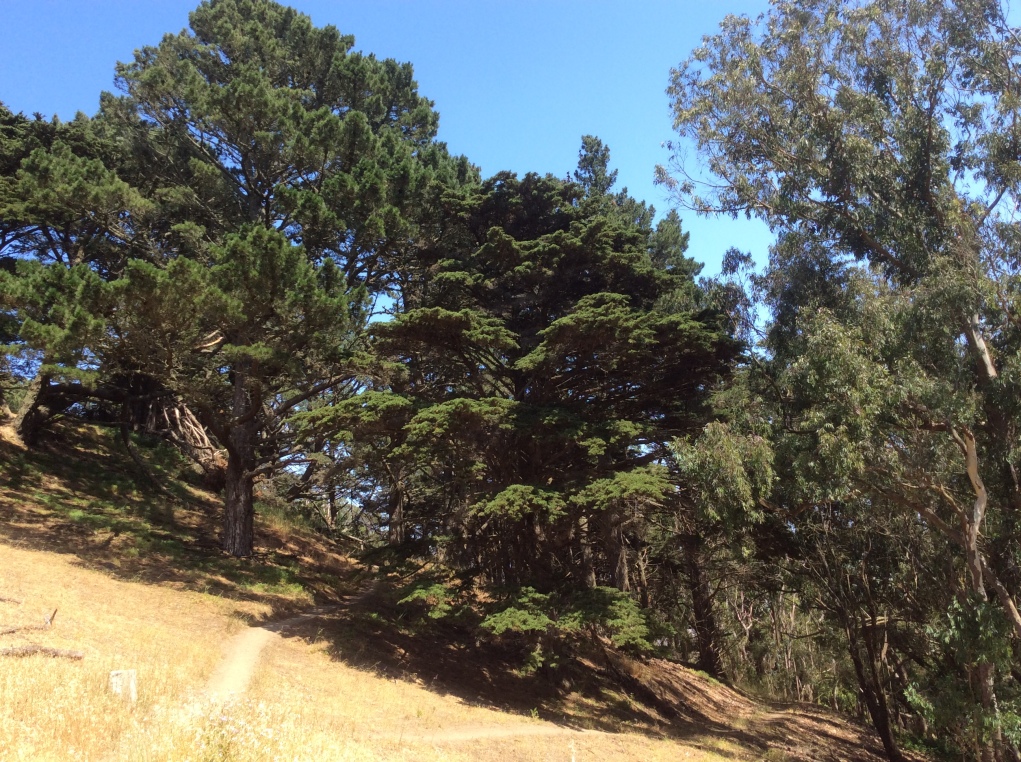 A hillside view from Philosopher’s Walk 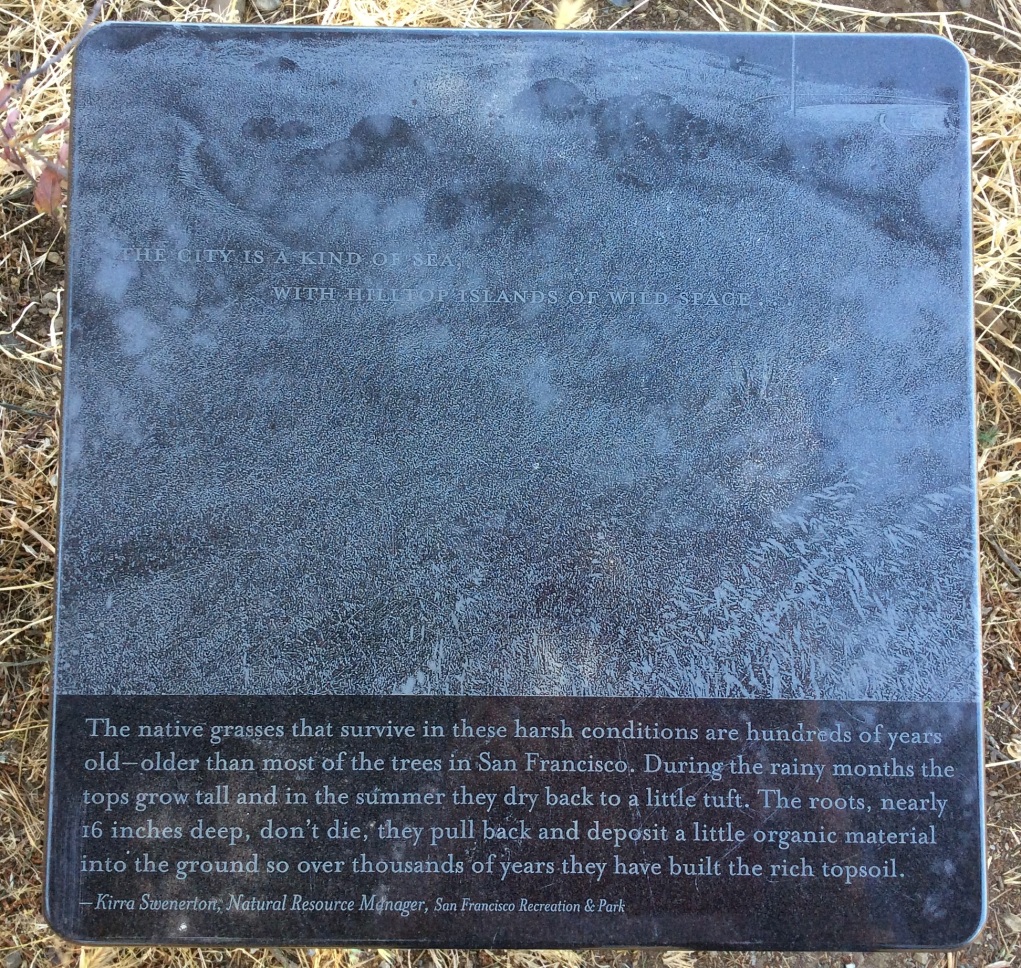 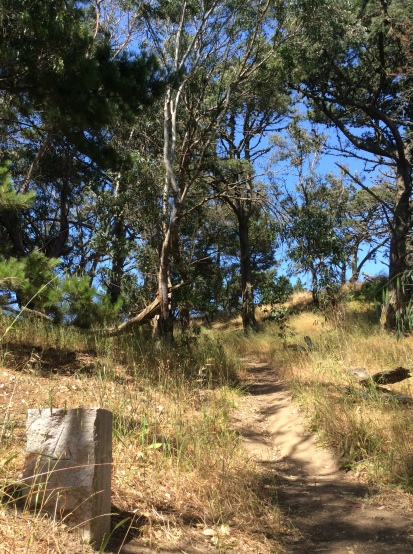 ~ Thanks, Michelle, for telling me about this place!