Another one from the archives until I catch up on my writing and research after my trip. This one’s a timely discussion about how gun laws relate to the habituation of virtue 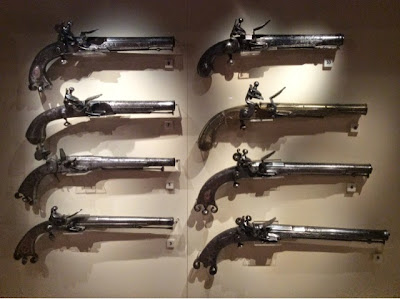 I’ve been mulling over the issue of ‘gun rights’ for some time now. It’s a pressing issue here in the United States, since more people are injured and killed by citizens wielding guns than in any other state with a stable government and a thriving economy.

It’s also a divisive issue, as it’s generally argued in terms of liberty, a core value in our culture and politics. One side emphasizes the right to self-defense, the other the right to freedom from fear and from the pressure to join the arms race. And whether or not people chose to arm themselves, their fellow citizens feel that they are placed under some kind of obligation or burden as a result.

From the anti-gun perspective: if at least some of your fellow citizens are armed, then you are forced into a position where you must arm yourself too whether…