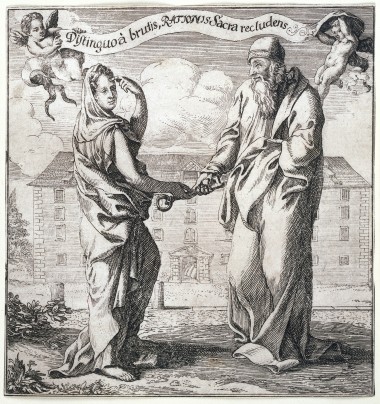 Academic philosophers in Anglophone Ph.D.-granting departments tend to have a narrow conception of what counts as valuable philosophical work. Hiring, tenure, promotion, and prestige turn mainly on one’s ability to write an essay in a particular theoretical, abstract style, normally in reaction to the work of a small group of canonical historical and 20th century figures, on a fairly constrained range of topics, published in a limited range of journals and presses. This is too narrow a view.

I won’t discuss cultural diversity here, which I have addressed elsewhere. Today I’ll focus on genre and medium.

Consider the recency and historical contingency of the philosophical journal article. It’s a late 19th century invention. Even as late as the mid-20th century, leading philosophers in Western Europe and North America were doing important work in a much broader range of styles than is typical now. Think of the fictions and difficult-to-classify reflections of Sartre, Camus, and Unamuno, the activism and popular writings of Russell, Dewey’s work on educational reform, Wittgenstein’s fragments. It’s really only with the generation hired to teach the baby boomers that our conception of philosophical work became narrowly focused on the academic journal article, and on books written in that same style.

Consider the future of media. The magazine is a printing-press invention and carries with it the history and limitations of that medium. With the rise of the internet, other possibilities emerge: videos, interactive demonstrations, blogs, multi-party conversations on social media, etc. Is there something about the journal article that makes it uniquely better for philosophical reflection than these other media? (Hint: no.)

Nor need we think that philosophical work must consist of expository argumentation targeted toward disciplinary experts and students in the classroom. This, too, is a narrow and historically recent conception of philosophical work. Popular essays, fictions, aphorisms, dialogues, autobiographical reflections, and personal letters have historically played a central role in philosophy. We could potentially add, too, public performances, movies, video games, political activism, and interactions with the judicial system and governmental agencies.

Philosophers are paid to develop expertise in philosophy, to bring that expertise in philosophy into the classroom, and to contribute that expertise to society in part by further advancing philosophical knowledge. A wide range of activities fit within that job description. I am inclined to be especially liberal here for two reasons: First, I have a liberal conception of philosophy as inquiry into big-picture ontological, normative, conceptual, and broadly theoretical issues about anything (including, e.g., hair and football as well as more traditionally philosophical topics). I favor treating a wide range of inquiries as philosophical, only a small minority of which happen in philosophy departments. And second, I have a liberal conception of “inquiry” on which sitting at one’s desk reading and writing expository arguments is only one sort of inquiry. Engaging with the world, trying out one’s ideas in action, seeing the reactions of non-academics, exploring ideas in fiction and meditation — these are also valuable modes of inquiry that advance our philosophical knowledge, activities in which we not only deploy our expertise but cultivate and expand it, influencing society and, in a small or a large way, the future of both academic philosophy and non-academic philosophical inquiry.

Research-oriented philosophy departments tend to regard writing for popular media or consulting with governmental agencies as “service”, which is typically held in less esteem than “research”. I’m not sure service should be held in less esteem; but I would also challenge the idea that such work is not also partly research. If one approaches popular writing as a means of “dumbing down” pre-existing philosophical ideas for an audience of non-experts whose reactions one does not plan to take seriously, then, yes, that popular writing is not really research. But if the popular essay is itself a locus of philosophical creativity, where philosophical ideas are explored in hopes of discovering new possibilities, advancing (and not just marketing) one’s own thinking, furthering the community’s philosophical dialogue in a way that might strike professional philosophers, too, as interesting rather than merely familiar re-hashing, and if it’s done in a way that is properly intellectually responsive to the work of others, then it is every bit as much “research” as is a standard journal article. Analogously with consulting — and with Twitter feeds, TED videos, and poetry.

I urge our discipline to conceptualize philosophical work more broadly than we typically do. A Philosophical Review article can be an amazing, awesome thing. Yes! But we should see journal articles of that style, in that type of venue, as only one of many possible forms of important, field-shaping philosophical work.

~ Eric Schwitzgebel is a Professor of Philosophy at University of California at Riverside. This piece was originally published on June 11 at his excellent blog The Splintered Mind and re-published here with the author’s permission.

2 thoughts on “What Philosophical Work Could Be, by Eric Schwitzgebel”