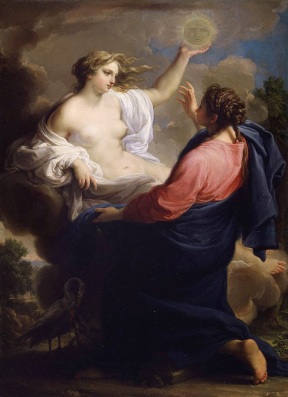 I’ve been thinking quite a bit on the subject of lies, deception, and public trust since I wrote about some recent high-profile cases of deceivers in the media.

I recently gave Jonathan Webber’s podcast interview on Philosophy Bites ‘On Deception With Words’ a second and more attentive listen. I remembered that something he said struck me as not quite right. I agree with him on the importance of honesty in general, yet I take issue with his position on lying versus deceiving. In this discussion, as Webber defines the terms, lying refers to telling a brazen untruth, and deceiving refers to implying an untruth without specifically stating one.

When host Nigel Warburton asks Webber which of the two is worse, morally speaking, Webber answers (at about 5:15):

‘I think that lying is worse… well, more precisely, I think that we ought to have the attitude that lying is worse. So we ought to treat liars more harshly than we treat people when we catch them misleading us… I think the difference is that lying does more damage to your credibility than misleading does. The way we work as human beings, as a community of people, is that we exchange information all the time, that’s one important part of the way we work, and in order to do that, we need to be able to rely on each other as informants. So we need one another to be credible. I need to be able to believe what you say, and you need to be able to believe what I say.’

I disagree with him on this point for the same reason I think that, in comparing the lies and deceptions of Brian Williams, Bill O’Reilly, and Rush Limbaugh, Limbaugh is the one who systematically betrays the public trust in the worst way. It’s because he not only lies fairly often, blatantly telling falsehoods about facts of the matter and about the opinions of the people he disagrees with, but he also misleads by a bait-and-switch tactic of relying on his self-bestowed credentials as a truth-teller in one moment, and then at other moments falls on his credentials as an entertainer who misrepresent, exaggerates, and distorts for the purposes of entertainment or to make a wider point. He does this at will, without making a distinction at any given time which he’s doing. This not only reflects on his general credibility as a reliable truth-teller: it harms his audience more by making it that much more difficult to tell the lies from deceptions from truths. It creates a situation that his audience, which he invites to trust him, can’t tell when they’re being misled.

So to me, in general, making a moral distinction between lies (brazen untruths) and deceptions (implied untruths) is not very helpful, especially the attempt to say that one is generally more wrong than the other. For one thing, lies and deception are used for the same purpose: compare it to a claim that it’s more wrong to commit murder with a hammer than with an axe, and you’ll see where the problem lies. But even if Weber is right, and the most important moral factor is the credibility of the speaker, I don’t think he demonstrates that lying does, in fact, damages credibility more. As we see in my Limbaugh example, it seems that deception can and often does do more to damage credibility, because it gives the speaker a weaselly ‘way out’ or plausible deniability which allows him to evade any and all personal responsibility for causing the listener to believe something untrue.

More than damaging the credibility of the speaker, however, I think that deception can be worse in many cases because the harm done to the listener can be more egregious. For example, a blatant lie can more readily be identified and fact-checked by the speaker. A deception, however, is not always so easily fact-checked, and in fact, can’t always be identified as the conveyor of untruth that it is. That’s because, as Webber points out, deception is usually done through implicature, exploiting the linguistic tool of leading the hearer to believe the speaker means one thing when he says another. The very indirectness of the

I’m not the least bit Pollyanna-ish about lying. Like most people, and I would claim like most morally committed people, I think there are times when lies and deception are permissible, and times when dishonesty is the only right way to go. I would usually not tell the truth about the proverbial dress that makes the wearer’s butt look too big (though given the fashionableness of curvy posteriors now, this could be taken as a compliment!), and I would lie my head off to lead the proverbial Nazi stormtroopers away from the Jewish family hiding in the closet. That’s because communication, in these instances, is only a tool to accomplish valuable ends, in these cases easing the mind of the insecure dress-wearer, and saving lives from murderous thugs.

So here’s where we get to why I think Webber is mistaken about the relative wrongness of lies and deception: if language is only the means, and the end if its use is to convey truth to the listener, than it wouldn’t make much sense to say that lies and deception, as two means of conveying untruth. are generally morally distinct. It seems to me that the rightness or wrongness of what’s said is entirely contingent on the moral value of its purpose, and if a lie or a deception is wrong, we can judge how wrong it is based on how effectively it undermines the public trust, and how injurious it is to the hearer’s need to know the truth of the matter.

2 thoughts on “On Jonathan Webber’s Discussion on Deception With Words: Honesty in Public Discourse Part II”