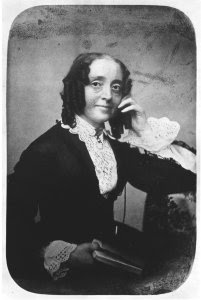 I’m pleased and excited to announce my upcoming adventure: my second philosophical-historical themed adventure, this time to New York City!

In case you missed my first go-round in my series of philosophy-travel pieces, here’s my plan:

So I’m taking a series of trips to places around the world, where I explore the lives and ideas of great thinkers in the places where they lived and worked. I’ll follow in the footsteps of thinkers who are no longer alive, since those who are still telling their own stories. But those who are no longer alive in the body live on in the ideas that they pass on, and in the example they provide for us to follow.

For this next installment, I’ll be following Ernestine Rose and Elizabeth Cady Stanton, two of the greatest founders of the women’s rights movement. Elizabeth was born in New York state, and lived many years in New York City, where she also died. Ernestine was born in Poland (so at some point, I hope to make it to Poland and write an ‘Ernestine Rose, Part 2 series!) and lived for many years in New York City, and though she did not live in the United States for all of her life, much of her most important work on behalf of women was done here. So off to New York City I go! There, I’ll visit significant landmark associated with their lives, places where they lived, worked, died, thought, wrote, studied, and rested.

I’ll be traveling there from October 29th through November 2, and will be writing throughout the trip. I’ll be writing not only about their ideas, but about what I can discover about their everyday lives here, and whatever feeling of their time and place I manage to uncover.

If you have any questions for me to answer while I’m there, or pictures you’d like me to take for you, or any information you have that could help me with this project, I’d love to hear from you!

Follow Ernestine Rose and Elizabeth Cady Stanton with me:

And about Ernestine Rose and Elizabeth Cady Stanton:

10 thoughts on “To New York City I Go, In Search of Ernestine Rose and Elizabeth Cady Stanton”