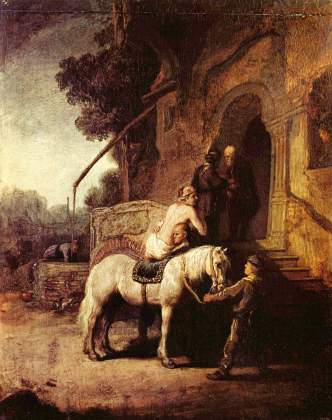 Is morality objective, or subjective?

If it’s objective, it seems that it would need to be something like mathematics or the laws of physics, existing as part of the universe on its own account. But then, how could it exist independently of conscious, social beings, without whom it need not, and arguably could not, exist? Is ‘objective morality’, in that sense, even a coherent concept?

If it’s subjective, how can we make moral judgments about, and demand moral accountability from, people of times, backgrounds, belief systems, and cultures different than our own? If it’s really subjective and we can’t make those kinds of moral judgments or hold people morally accountable, then what’s the point of morality at all? Is ‘subjective morality’ a coherent concept either?

Take the classic example of slavery, which today is considered among the greatest moral evils, but until relatively recently in human history was common practice: could we say it was morally wrong for people in ancient times, or even two hundred years ago, to own slaves, when most of the predominantly held beliefs systems and most cultures supported it, or at least allowed that it was acceptable, if not ideal? Does it make sense for us to judge slave owners and traders of the past as guilty of wrongdoing?

From the objective view, we would say yes, slavery was always wrong, and most people just didn’t know it. We as a species had to discover that it was wrong, just as we had to discover over time, through reason and empirical evidence, how the movements of the sun, other stars, and the planets work.

From the subjective view, we would say no. We can only judge people according to mores of the time. But this is not so useful, either, because one can legitimately point out that the mere passage of time, all on its own, does not make something right become wrong, or vice versa. (This is actually a quite common unspoken assumption in the excuse ‘well, those were the olden days’ when people want to excuse slavery in ancient ‘enlightened, democratic’ Greece, or in certain pro-slavery Bible verses.) In any case, some people, even back then, thought slavery was wrong. How did they come to believe that, then? Was the minority view’s objections to slavery actually immoral, since they were contrary to the mores their own society, and of most groups, and of most ideologies?

Morality can be viewed as subjective in this sense: morality is secondary to, and contingent upon, the existence of conscious, social, intelligent beings. It really is incoherent to speak of morality independently of moral beings, that is, people capable of consciousness, of making and understanding their own decisions, of being part of a social group, because that’s what morality is: that which governs their interactions, and makes them right or wrong. Morality can be also viewed as subjective in the sense that moral beliefs and practices evolved as human beings (and arguably, in some applications of the term ‘morality’, other intelligent, social animals) evolved.

Morality can be viewed as objective in this sense: given that there are conscious, social beings whose welfare is largely dependent on the actions of others, and who have individual interests distinct from those of the group, there is nearly always one best way to act, or at least very few, given all the variables. For example, people thought that slavery was the best way to make sure that a society was happy, harmonious, and wealthy. But they had not yet worked out the theoretical framework, let alone have the empirical evidence, that in fact societies who trade freely, have good welfare systems, and whose citizens enjoy a high degree of individual liberty, are in fact those that end up increasing the welfare of everyone the most, for the society as well as for each individual. So slavery was always wrong, given that we are conscious, social, intelligent beings, because as a practice it harmed human beings in all of these aspects of human nature. Slavery is destructive to both the society and the individual, but many people did not have a reasonable opportunity to discover that fact, other than through qualms aroused by sympathetic observation of so much suffering.

In sum: it appears that in many arguments over morality, where people accuse each other of being ‘dogmatic’, or of ‘moral relativism’, or various other accusations people (I think) carelessly throw at each other, is due to a basic misunderstanding. To have an ‘objective’ view does not necessarily entail one must have a fixed, eternal, essentialist view of morality which does not allow for moral evolution or progress. Likewise, to have a ‘subjective’ view of morality does not entail thinking that ‘anything goes’, or that morality is entirely relative to culture, religion, or belief system. Here, as is the case with so many important issues, simplistic, black-and-white explanations do not lead to understanding, nor to useful solutions to life’s most pressing problems.

3 thoughts on “On Morality: Objective or Subjective?”