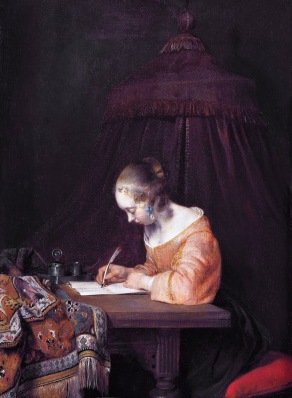 I’ve long thought it strange to be referred to as a ‘lapsed Catholic’. I was baptized and confirmed in the Catholic religion, which I rejected in my early adulthood.

‘Lapsed’, in pretty much every other common usage of the term, refers to a kind of just letting something go or expire, such as letting an insurance policy or subscription ‘lapse’ by forgetting to pay on time, or it could refer to simply losing interest. Many who still subscribe to the religion of their parents, either because they still actually believe in it or because they just let their membership continue (as it never occurred to them to examine their beliefs, its own brand of carelessness), are simply unaware that many who no longer believe made an active decision to reject religion, for the best of reasons.

For myself as for so many others, rejecting the religion of my youth was a long, thoughtful, difficult, yet ultimately emancipatory and joyful process. Those who refer to me and others like me as ‘lapsed’ because they intend to imply carelessness, laziness, or lacking the strength of character necessary for satisfying religious demands, are doing us an injustice. Such dismissiveness may be simple thoughtlessness, but more often, it’s indicative of a desire to cast aspersions on deconversion (unless, of course, we’re talking about deconversion from a rival religion!). Yet, remaining within the comforting cocoon of the belief system of one’s youth, with its automatic community membership and societal approval, actually seems to me to be the easy way to go. Critiquing and then rejecting one’s beliefs out of principle is much harder, and especially so for those leaving a religion that’s enforced by threats, such as hellfire or isolation from the community. For so many of us, rejecting religion is not at all a passive thing: it’s matter of acting on logical and moral convictions and of commitment to personal integrity.

A core assumption behind religious commitment is that faith is necessary for becoming a truly good human being. Many believe that life is a test and faith is necessary for passing it, for proving one’s worthiness of redemption. Knowledge, or fact-based belief, is not enough, because faith, believing without proof, is much more difficult. The faithful, therefore, prove themselves most worthy of eternal reward.

I know I’m not alone in thinking that this is a strange assumption. As I mentioned earlier, it seems to me that holding onto unquestioned beliefs is the easy way to go. It’s what we do when we just want to to go with the flow, to avoid conflict with friends and family, to feel that easy assurance that we’re doing all that’s really required of us. On the other hand, requiring ourselves to carefully consider and weigh the evidence before accepting a truth claim, and to examine a theory’s tendency to generate accurate predictions before we consider it worthy of belief, requires an intellectual rigor that’s difficult and often very inconvenient. Of course, I’m not claiming that the process of questioning one’s beliefs is exclusive to the non-religious; many religious people subject their beliefs to the process of rigorous examination and find they remain convinced of the truth of their beliefs. What I am saying is that the assumptions behind referring to the no-longer-religious as ‘lapsed’ are fallacious and unjust.

Another common assumption behind the supposed superiority of faith is that it’s a mark of humility, traditionally a high religious virtue. Putting aside for the moment the assumption that it’s always a good thing, I’m not at all convinced that humility has any direct link to faith. In fact, saying ‘I don’t know’ when the evidence is unavailable, ‘proportion[ing] belief according to the evidence’ as Hume says of the wise man, is much more humble, much more honest, it seems to me, than the cannot-be-questioned assertions of faith. Epistemic humility, holding oneself accountable to the evidence, is much more appropriate. given how tenuous knowledge claims really are. In a world where our beliefs are constantly challenged and what we think we know is disproved by better arguments and new scientific discoveries, the assertions of faith appear more like a form of arrogance than anything else.

So, while I know that many religious people do honestly examine their beliefs and remain confident they believe what’s true, none have the right to assume that those who no longer hold religious beliefs have carelessly ‘lapsed’. Most of us, you can be assured, have not.
~~~~~~~~~~~~~~~~~~~~